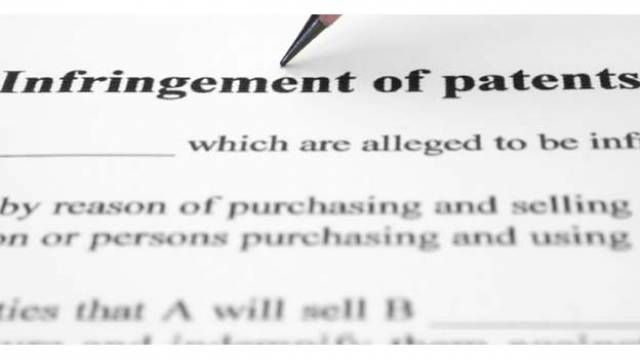 Research Frontiers has filed a lawsuit asserting infringement of its United States Patent No. 6,606,185, entitled “SPD Films and Light Valves Comprising Liquid Suspensions of Heat-Reflective Particles of Mixed Metal Oxides and Methods of Making Such Particles,” and United States Patent No. 5,463,491, entitled “Light Valve Employing a Film Comprising an Encapsulated Liquid Suspension, and Method of Making Such Film.”

Research Frontiers Inc., the developer and licensor of SPD-Smart light-control technology has filed a lawsuit against E Ink Corporation; E Ink Holdings, Inc. (f/k/a Prime View International Co., Ltd.); Amazon.com, Inc.; Sony Electronics Inc.; Sony Corporation; Barnes & Noble, Inc.; and Barnesandnoble.com LLC in the United States District Court for the District of Delaware for patent infringement. Research Frontiers seeks an injunction in addition to monetary damages and pre-judgment interest and other relief.
In this lawsuit, Research Frontiers asserts infringement by the named defendants of United States Patent No. 6,606,185, entitled “SPD Films and Light Valves Comprising Liquid Suspensions of Heat-Reflective Particles of Mixed Metal Oxides and Methods of Making Such Particles,” and United States Patent No. 5,463,491, entitled “Light Valve Employing a Film Comprising an Encapsulated Liquid Suspension, and Method of Making Such Film.”
“A team of scientists and other dedicated individuals have worked for decades and Research Frontiers has invested approximately USD 90 million to develop SPD-Smart light-control technology,” noted Joseph M. Harary, President and CEO of Research Frontiers. “Over 40 companies around the world, including many of the world’s leading chemical and glass companies, have recognized the value of our intellectual property and entered into license agreements with us. Many of these companies are using our technology to commercialize products in a number of industries including the automotive, aircraft, architectural, marine and museum markets, and these licensees and their customers in turn have built substantial businesses around our technology and made SPD-Smart light-control technology the world’s best-selling smart window technology. We believe that it is unfair to us, to our licensees, and to their customers, when companies infringe upon our intellectual property rights, and we are asking the court to stop such infringement by the defendants and compensate us with substantial monetary damages.”
Research Frontiers alleges that E Ink’s products and those of its customers such as various models of the Amazon Kindle, Sony Reader, Barnes & Noble Nook, and other e-reader/e-book devices, infringe on its patents.
Research Frontiers has retained the law firm of Niro, Haller & Niro, a Chicago-based law firm that specializes in intellectual property litigation, to prosecute the case. Research Frontiers does not expect its share of the costs associated with this litigation to be material to its overall operations because it has entered into a contingency agreement with Niro, Haller & Niro which greatly reduces its exposure to the costs associated with the prosecution of this litigation.
Research Frontiers holds several hundred patents and pending patent applications in the United States and jurisdictions throughout the world.