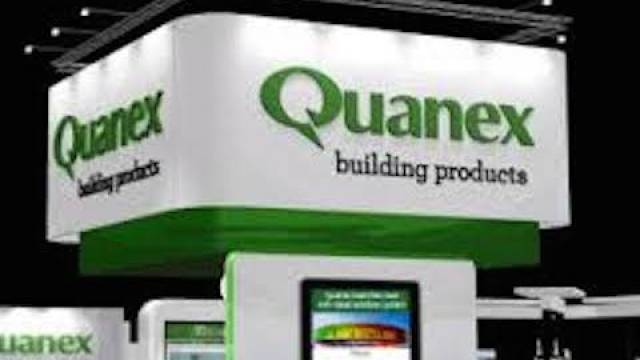 Bill Griffiths, Chairman, President and Chief Executive Officer, stated, “In line with our expectations and guidance, our legacy window component business in the U.S. grew 6% during the first half of our fiscal year, excluding the impact of certain eliminated products, price changes and raw material pass through adjustments.  In addition, our ongoing focus on margin expansion through operational efficiency gains continues to be effective, as EBITDA margins improved by approximately 250 basis points this quarter.  As a result, we are increasing guidance for 2016 to more accurately reflect our current expectations.  We also made further progress towards the goal of improving our leverage ratio to under 2.5x by the end of this fiscal year, and we remain confident in our ability to do so.”
Net sales increased by $87.5 million to $229.5 million during the three months ended April 30, 2016, compared to the three months ended April 30, 2015.  The increase was driven by revenue generated from the acquisitions of HL Plastics and Woodcraft Industries in 2015 coupled with continued volume growth in all other reporting segments, partially offset by foreign exchange translation impact.  (See Sales Analysis table for additional information)
The Company generated Adjusted EBITDA of $24.3 million for the quarter, compared to $11.6 million during the same quarter of 2015.  Margin expansion continues due to the successful implementation of several ongoing operational initiatives that are designed to reduce costs while improving productivity.  For its “legacy” U.S. windows components business, the Company realized EBITDA margin improvements of approximately 200 basis points during the three months ended April 30, 2016, and approximately 400 basis points for the six months ended April 30, 2016.  (See Non-GAAP Financial Measure Disclosure table and Selected Segment Data table for additional information)
Quanex’s leverage ratio of Net Debt to LTM Pro Forma Adjusted EBITDA improved to 2.6x.  This leverage ratio uses LTM Pro Forma Adjusted EBITDA, which is a non-GAAP measure that, in accordance with the Company’s credit facility, assumes the acquisitions of HL Plastics and Woodcraft Industries occurred at a date prior to the actual date of acquisition, and thus includes pro forma adjustments to calculate the trailing twelve months of EBITDA including the HL Plastics and Woodcraft Industries acquisitions.  (See Non-GAAP Financial Measure Disclosure table for additional information)
Fiscal 2016 Guidance Update
The guidance update incorporates Quanex’s year-to-date results and reflects management’s current expectations for the full year.  The Company updated net sales guidance to $965 – $975 million, which is unchanged at 5% to 6% pro forma growth year-over-year, but now incorporates the Company’s latest estimates for the expected impact of foreign exchange translation based on current exchange rates.  Quanex increased Adjusted EBITDA guidance to $117 – $121 million, as compared to previous guidance provided in December 2015 of $112 – $120 million.
ecent Events
The Company’s Board of Directors declared a quarterly cash dividend of $0.04 per share on Quanex’s common stock, payable June 30, 2016, to shareholders of record on June 15, 2016.
More information is available on the Company’s website at http://www.quanex.com in the Investors section under Presentations & Events.