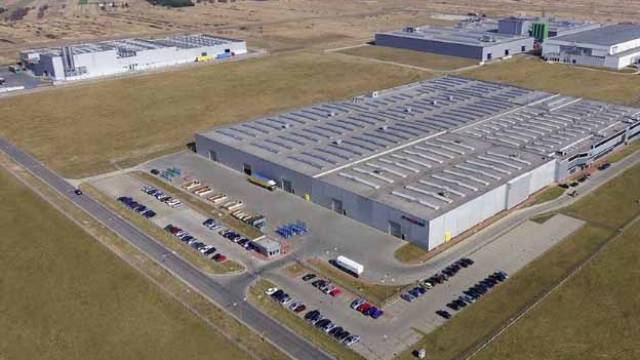 Thanks to an investment of about EUR 12 million, Press Glass will double its production areas at its Polish plant and hire 200 new employees. The new production areas will be equipped with the most modern technologies, such as production lines for glazed units and laminated glass, tempering furnaces and work centres for enamelled and printed glass.

Press Glass, the largest independent glass manufacturer in Europe, is going to significantly develop its plant in Radomsko (Poland). Thanks to an investment of about EUR 12 million, the area of the production areas will be doubled and 200 new employees will be hired.
The plant in Radomsko already is the largest European centre for processing glass for the construction industry. The plant was established in 2008 and it is the youngest factory of the company (the remaining ones are also located in Poland and that is in Nowa Wieś, Tczew and Tychy). At the beginning the area of the plant was 12,000 sq.m.; at present – after the development that took place in 2012 – the area was increased to 30,000 sq.m.. After the completion of the aforementioned investment the area of the halls will increase up to 63,000 sq.m..
The works on the development will start in the next quarter. The company explains that the investment is related to the fulfilment of its plan to increase sales on European markets to which more than 80% of the glass manufactured by Press Glass is sold.
“Press Glass has been carrying out its business activities since 1991. From the very beginning we have been doing our best to improve our competitive advantage, which is one of our main priorities. The development of our plant in Radomsko will make it possible for us to strengthen our position on Scandinavian markets to which we export the largest quantities of glass. However, at the same time we are going to increase our sales on other markets, including, first of all, the British and the French market. These objectives are to be achieved by this new investment,” says Gerard Plaze from the Press Glass Promotion Department.
According to the company’s announcements, the new halls will be equipped with machines using the most modern technologies. The factory’s production capacity will be increased with new production lines for the manufacture of glazed units and laminated glass, furnaces for tempered glass, and work centres for enamelled glass and printed glass.
“More types of products will be manufactured in the plant. We will also significantly enlarge the area of glass warehouses,” adds Gerard Plaze.
After the completion of the development the factory’s capacity will include, among others, 15 lines for manufacturing glazed units, six furnaces for glass tempering, two lines for manufacturing laminated glass and two specialist processing centres.