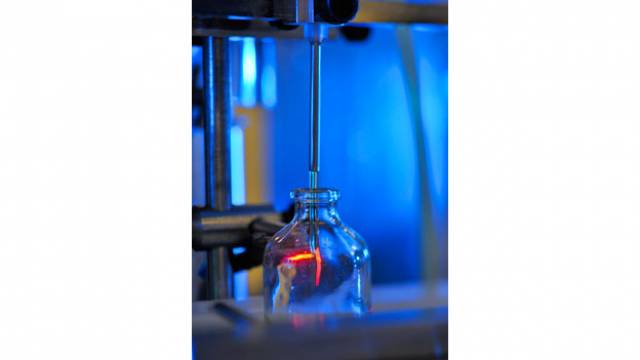 Coldstream Laboratories, owned by the University of Kentucky, and located in the Coldstream Research Park, has been sold to Piramal, a major Indian pharmaceutical company.

The University of Kentucky has agreed to sell one of its Coldstream Research Park properties – the company and the building – to an Indian pharmaceutical company for USD 30 million.
Under the deal, which is expected to be finalized in the next two weeks, Mumbai-based Piramal Enterprises Limited will pay USD 24.4 million for Coldstream Laboratories Inc. (CLI), and USD 5.6 million for the building it occupies on McGrathiana Parkway.
Piramal, which has pharmaceutical and health care holdings in several countries, plans to base its US pharmaceutical manufacturing operations at Coldstream, and it has explored leasing more land for expanding the building, said Eric Monday, UK’s executive vice president for finance and administration.
Monday said Piramal is expected to keep CLI’s 97 employees. The average salary is about USD 58,000 a year.
The UK Research Foundation voted unanimously Thursday afternoon to approve the sale of the company. The UK board of trustees executive committee then voted to approve the sale of the building.
Trustee Bill Britton applauded the deal: “This has my full support,” Britton said. “I see lots of synergies going forward.”
Vivek Sharma, the CEO of Piramal Enterprises Pharma Solutions, said the acquisition would provide a great platform for growth.
“This acquisition allows PEL to foray into the injectable market segment and should have strong synergy with our existing Pharma Solutions business,” Sharma said in a statement.
Coldstream Laboratories is an offshoot of the College of Pharmacy’s Center for Pharmaceutical Science and Technology, which started in 1986 to focus on small-scale clinical trials for new drug products. In 2006, the center moved to Coldstream as CLI, with the UK Research Foundation as the majority shareholder.
Since then, CLI has reached more than USD 10 million in sales and has secured a five-year National Cancer Institute contract. CLI produces drugs for cancer, inflammation and reproductive health.
The company has FDA approval to manufacture drugs at the Coldstream building, officials said. Such approval takes four to five years to obtain.
Most of the proceeds from the sale will go directly to UK HealthCare, which invested the bulk of the USD 47 million that UK has put into the property since 2006. The UK Research Foundation is not keeping a stake in the company.
Last year, CLI and UK decided that the company would need fresh capital from the private sector to grow and should be sold, Monday said. More than 100 companies were contacted; 30 companies, including Piramal, expressed written interest, he said.
“Its long-term success will be bolstered by further investment, management and marketing expertise, and expanded product lines and capacity that can best be provided by a commercial owner,” Monday said. “The potential for this company – and commercialized research created by the College of Pharmacy – is tremendous.”
UK spokesman Jay Blanton said the investment was a good one for UK, despite the USD 17 million difference between the total investment and the sale price.
“We knew all along we wanted to get it to a point of sale, investments were made over 10 years as part of a deliberate strategy to get it to a growing concern, to the point that it’s attractive to a major player in the industry,” Blanton said. “If this was a recruitment, the state would have paid millions of dollars to bring a company like this to the state. A USD 47 million investment is pretty modest.”
Piramal is not receiving state incentives.
UK President Eli Capilouto called the deal an example of “the link between intellectual capital that we nurtured in unique ways … to a sustainable economy.”
Piramal, which described itself as one of the 50 largest corporations in India, is publicly traded on the Bombay Stock Exchange and National Stock Exchange of India.
The company generates more than USD 750 million a year in revenue and has been growing rapidly, acquiring 14 companies since 2005. It specializes in generic injectable and inhalant anesthetics, and over-the-counter products, including the anti-itch lotion Caladryl. Recently, Piramal also signed a sales and distribution agreement to bring the sweetener Equal to India.
One of the company’s divisions, Piramal Glass, sells USD 200 million a year annually in glass to the pharmaceutical and perfume sectors. In 2005, it acquired Wheaton Glass, and has plants in Missouri and New Jersey.
Blanton said the CLI sale is a “strategic acquisition” for a company that’s growing in the pharmaceutical marketplace.
“It would be very costly to come into the marketplace and start that manufacturing process from zero,” Blanton said. “Here they’re buying a company that has been through the FDA approval process and has the infrastructure. Piramal can expand the infrastructure and market the products.”