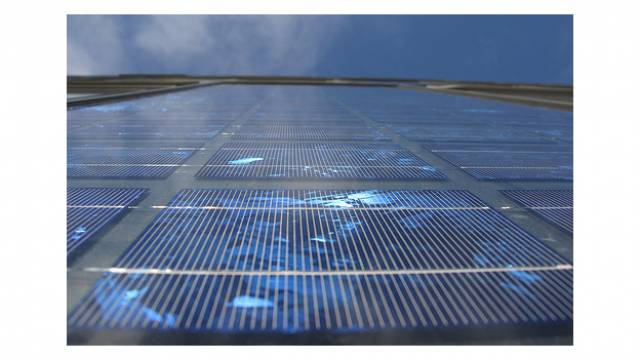 Owens Corning’s thermal and acoustical insulation plant in Delmar, N.Y. will undertake a development project designed to supply more than 6% of the plant’s annual electricity needs, supplied by Constellation.

Owens Corning and Constellation have announced the development of a 2.6-megawatt (DC) solar generation project that will supply clean energy to the company’s thermal and acoustical insulation plant in Delmar, N.Y. Scheduled for completion in late 2013, the solar project is designed to supply more than 6% of the plant’s annual electricity needs and will support Owens Corning’s 2020 Environmental Footprint Goals for energy use and greenhouse gas emissions reduction.
“The Delmar Plant is committed to environmental sustainability and advancing both our plant and Owens Corning toward our 2020 sustainability goals,” said John Becker, Delmar plant leader for Owens Corning. “In addition, this project is part of our continuing efforts to implement innovative programmes that improve and protect New York State’s environment, and have a positive impact on the state’s economy.”
Constellation will finance, build, own and maintain the system. Electricity generated by the system will be purchased by Owens Corning under a 20-year power purchase agreement with Constellation.
“Constellation is pleased to support Owens Corning’s commitment to renewable energy,” said Michael D. Smith, vice president of solar and energy efficiency sales for Constellation. “Solar as a power-generation source is an attractive option for large-scale manufacturers like Owens Corning to achieve environmental goals and manage electricity costs. We applaud the NY-Sun Competitive Photovoltaic Program for creating public-private initiatives that help spur the development of solar in New York.”
The project is supported in part through the New York State Energy Research and Development Authority (NYSERDA) to develop and construct large-scale solar projects in New York state under Gov. Andrew Cuomo’s New York Sun initiative. In March 2013, Gov. Cuomo announced funding through the competitive programme, which will help bring an additional 52 megawatts of solar capacity to the state.
“NYSERDA is pleased that this public-private partnership under Governor Cuomo’s NY-Sun initiative will lead to one of the largest customer-sited solar power projects in the state,” said Francis J. Murray Jr., president and CEO, NYSERDA. “This project demonstrates how the NY-Sun initiative is providing the support needed to expand solar power across the state thereby reducing business costs, stimulating economic activity and protecting the environment.”
The solar power system will be composed of approximately 9,000 ground-mounted, photovoltaic panels located on more than nine acres. The system is expected to generate approximately 3.3 million kilowatt-hours of electricity per year. Generating the same amount of electricity using non-renewable sources would result in the release of approximately 2,339 metric tons of carbon dioxide, or the equivalent emissions from 487 passenger vehicles annually, according to U.S. Environmental Protection Agency data for the region.