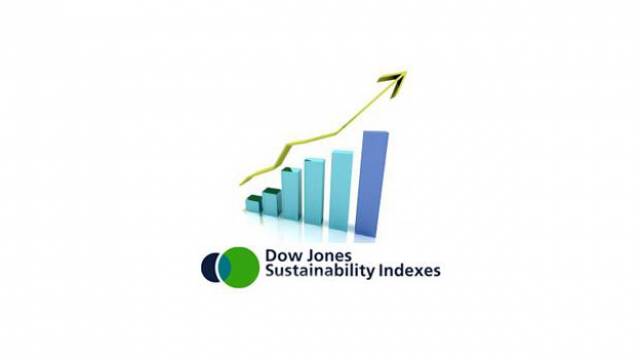 Owens Corning has earned placement in the Dow Jones Sustainability World Index for the fifth time running in recognition of its sustainability initiatives. Moreover, the company was also named the Industry Leader for the DJSI World Building Products group for the second time.

For the fifth year in a row, Owens Corning has earned placement in the Dow Jones Sustainability World Index (DJSI World) in recognition of its sustainability initiatives.
For the second straight year, Owens Corning was named the Industry Leader for the DJSI World Building Products group.
Composed of global sustainability leaders, the DJSI World Index is an elite listing of the world’s largest companies based on long-term economic, environmental and social criteria.
Owens Corning is devoted to delivering sustainable solutions across both of its business segments: Building Materials and Composites. The company recently reported its sustainability progress in its eighth Sustainability Report. Some highlights include:
•    received the highest honour of the National Safety Council, the 2014 Green Cross for Safety medal, recognizing leadership and progress in safety;
•    commissioned the largest on-site solar PV system in the state of New York at the Delmar EcoTouch™ Insulation plant;
•    recycled one million tons of asphalt shingles in North America, representing approximately 10% of the market;
•    doubled freight miles driven on natural gas (converted from diesel); the goal is 50% by 2020;
•    signed the Climate Declaration calling on the US policymakers to address climate change and joined the Business for Innovative Climate & Energy Policy (BICEP) advocacy organization;
•    assisted nearly 4,000 families through the donation of insulation and roofing materials for their homes;
•    impacted the lives of more than 5,500 children in China by constructing nutritional food kitchens in rural schools.
Launched in 1999, the DJSI World is the first global index to track the financial performance of the leading sustainability-driven companies worldwide based on an analysis of financially material economic, environmental, and social factors. The DJSI follow a best-in-class approach, including companies across all industries that outperform their peers in numerous sustainability metrics. Each year over 3,000 companies, including 800 companies from emerging markets, are invited to participate in RobecoSAM’s Corporate Sustainability Assessment, which provides an in-depth analysis of financially material economic, environmental, and social practices. (Source: S&P Dow Jones Indices).
An in-depth look at Owens Corning’s sustainability efforts can be found in the company’s 2013 Sustainability Report and on the following website: http://sustainability.owenscorning.com.
Owens Corning is a leading global producer of residential and commercial building materials, glass-fiber reinforcements and engineered materials for composite systems. A Fortune 500® company for 60 consecutive years, and in business for more than 75 years, Owens Corning is a market-leading innovator of glass-fiber technology with sales of USD 5.3 billion in 2013 and about 15,000 employees in 27 countries.