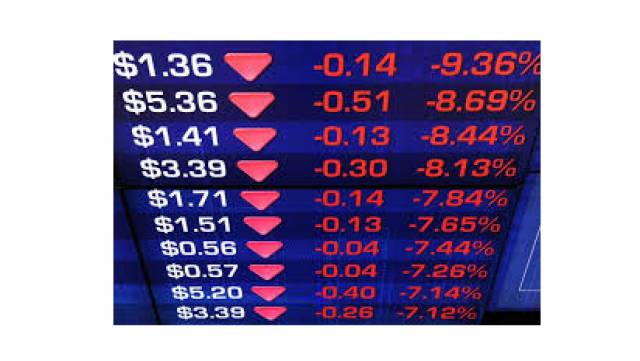 Osram saw its share price fall, down 7.6% at EUR 37.01 in Frankfurt, valuing the company at EUR 3.9 billion and taking the decline to 9.7% this year. Revenue is expected to remain flat or increase moderately, while the company said it expects net income to rise sharply this year.

Osram Licht saw its share price fall as much as 10% after it cut its revenue target amid slowing sales of traditional lightbulbs. Revenue will remain flat or at best increase moderately, while adjusted earnings before interest, taxes and amortization will still represent at least 8% of sales, the Munich-based company said in an e-mailed statement.
“Reaching sales growth expectation in 2015 could be challenging if the traditional business will continue to decline at the current rate,” Guenther Hollfelder, an Unterschleissheim, Germany-based Baader Bank analyst who rates Osram hold, said in a note to clients.
“This could also trigger new restructuring measures, which are expected to decrease to a normalized level from 2015.”
Osram was spun off last year from Siemens AG, Europe’s largest engineering company, amid a shift in the lighting industry toward light-emitting diodes, which are smaller, more energy-efficient and have longer lifespans than traditional bulbs.
That’s prompting Osram and its larger Amsterdam-based competitor Royal Philips NV (PHIA) to adapt their business models with options such as service contracts in order to stabilize revenue.
The shares were down 7.6% at EUR 37.01 in Frankfurt, valuing the company at EUR 3.9 billion and taking the decline to 9.7% this year.
Even as sales of traditional products declined 7.1% in the second quarter from the previous year, they still accounted for 66% of revenue from the core lamps and components division in the second quarter, according to Osram.
The company had already said that the full-year sales growth target of about 3% had become more challenging.
Osram said it expects net income to rise sharply this year.