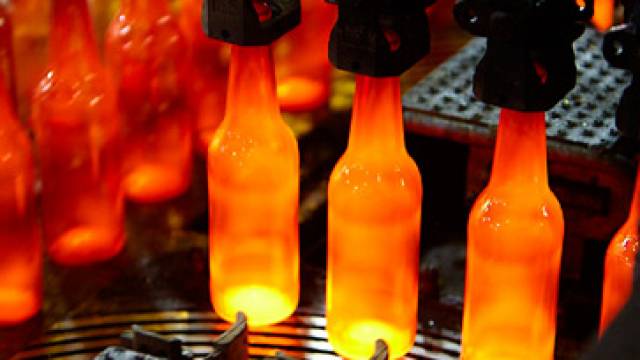 O-I has named Andres Lopez president of glass containers and chief operating officer of O-I, effective 1 February 2015, taking over from Erik Bouts, president of O-I Europe, who will leave the company, effective 31 January 2015, to pursue other opportunities.

Owens-Illinois, Inc. has named Andres Lopez president of glass containers and chief operating officer of O-I, effective 1 February 2015.
In this newly created role, Lopez will oversee O-I’s business and operations in all of the company’s geographic regions. He will be focused on enhancing the performance of the business to the benefit of O-I customers, employees, investors and other key stakeholders. His deep knowledge of the glass industry and his strong commitment to innovation and process improvement will help advance O-I’s capabilities to provide high value-added products and services to its customers. Lopez’s appointment to this role constitutes the next phase in the ongoing CEO succession planning process that O-I’s Board of Directors has been actively managing.
Lopez joined O-I in 1986 in Colombia and has held several leadership positions, including country general manager in Peru; vice president of manufacturing for O-I North America and global vice president of manufacturing and engineering. From 2009 to 2014, he served as president of O-I South America. Under Lopez’s leadership, the region achieved substantial cost reduction through asset optimization and reduced spending, which resulted in increased segment operating income and cash generation. In addition to achieving significant organic growth, Lopez and his team successfully integrated several acquisitions in South America. In August, he was named president of O-I Americas, adding responsibility for O-I’s North American operations, where he has launched initiatives to improve safety, operational and commercial performance, and cost competitiveness.
“Andres is an exceptional and creative leader, a strategist, a strong communicator and developer of talent. He has a deep understanding of our customers, our technology and our markets, knowledge that coalesces perfectly in this new position,” said Al Stroucken, O-I chairman and CEO.
Erik Bouts, president of O-I Europe, will leave the company, effective 31 January 2015, to pursue other opportunities.
Leadership succession for the European and North American businesses will be determined in the near future. In the interim, Lopez will continue to lead the North American business.
Owens-Illinois, is the world’s largest glass container manufacturer and preferred partner for many of the world’s leading food and beverage brands, with revenues of USD 7.0 billion in 2013, and employs approximately 22,500 people at 77 plants in 21 countries.