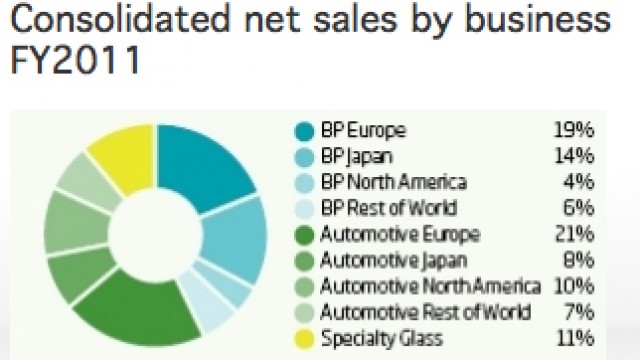 The Board of the NSG Group has approved a programme of actions to improve the profitability of the company, mitigate the impact of increasing input costs with further improvements in efficiencies, and, where possible, increasing sales prices.

The Board of the NSG Group has approved a programme of actions designed to improve the profitability of the company. The measures are intended to protect the business in the short term and also to re-establish profit growth from FY2013 onwards.
Keiji Yoshikawa (Representative Executive Officer and Executive Vice President) will assume overall responsibility for managing the action programme and the realization of its targets and objectives.
On 2 November 2011, the NSG Group published results for the first half of the current financial year, FY2012. The Group reported that, while its operating performance in the first half of the year was in line with the Group’s expectations and similar to the first half performance previously forecasted, conditions were becoming increasingly challenging in many of the Group’s core markets.
Since then, the Group has experienced a reduction in many of its core markets, including its significant European building products and automotive markets. The global market for Solar Energy glass has also worsened significantly during the third quarter. While the longer-term prospects for these markets remain positive, the Group does not expect to see a recovery during the remainder of the current financial year.
The effect on the Group’s sales and profitability is reflected in the announcement of a revision of the Group’s forecast for FY2012. The Group has taken action to mitigate the impact of increasing input costs with further improvements in efficiencies, and, where possible, increasing sales prices.
It is clear, however, that more radical measures are now required. Consequently, the Group is now taking further action to realign its global manufacturing sites, to reduce capacity and to reduce headcount further.
The total cash investment in the restructuring will be JPY 25,000 million, with an expected recurring annual benefit of JPY 20,000 million. The Group is currently in the process of evaluating the related non-cash costs.
The Group is taking action to reduce capacity and output to match the requirements of its customers. This will include the mothballing of one of the Group’s float lines in the UK. This follows the announcement on 15 December 2011 of the Group’s decision to delay the construction of a solar energy line in Vietnam. Further actions will be announced once due process has been followed with employees and unions affected.
As part of its cost reduction plan, the Group is targeting a reduction of 3,500 employees in its global headcount. A significant part of this reduction will come from overheads; management and staff.
The NSG Group has carefully reviewed its investment plans, with the aim of sharpening its focus consistent with the Group’s growth strategy. Through such measures, the Group is planning to contain capital investment across its businesses to the level of depreciation for the next two financial years.
The long-term prospects for the Group’s businesses remain positive. On 4 November 2010, the Group issued details of its Strategic Management Plan, covering the financial years FY2012 to FY2014. The long-term strategy set out in this Plan is still valid, although the Group will respond to market conditions as appropriate, by delaying investments and, where necessary, removing manufacturing capacity.
The NSG Group has also announced a revision to its previous forecast for FY 2012 (April 2011 to 31 March 2012) published on 2 November 2012.
Net sales have decreased from JPY 580,000 to 560,000; operating profit is down from 25,000 to 4,000; profit before tax has gone from 16,000 to 5,000; profit for the period is now 2,000, down from 15,000.
The reduction in operating income arises primarily from the worsening conditions in many of the Group’s core markets, particularly in Europe. Building products markets during the third quarter have been generally weak and the group expects this to continue during the remainder of the year. Volumes of Solar Energy glass, whilst still growing over the medium-term, slowed markedly during the third quarter, and full- year expectations for this market are now significantly below previous estimates. Automotive volumes in Europe, representing almost half of the Group’s total automotive business, fell during the third quarter, as consumers, faced with a deteriorating economic outlook, increasingly sought to postpone significant spending decisions.
Included within the reduced operating profit forecast are exceptional items of JPY 3,000 million, being the first stages of the restructuring programme set out above.
Taxation charges are then expected to improve as a result of the reduced profits, and, as a consequence, the forecast reduction in profit for the period is less than the forecast reduction in profit before taxation.