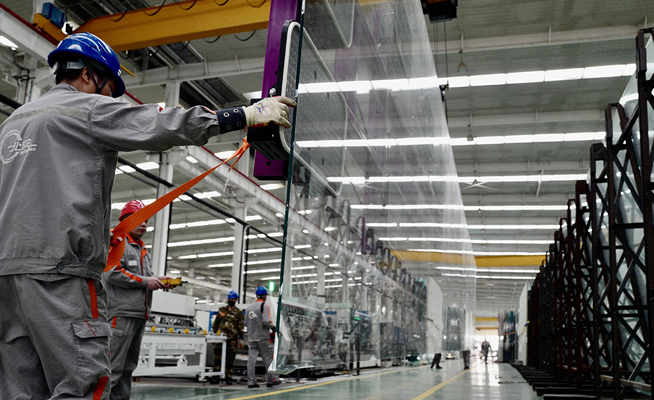 The PMU (performance test unit), which consists of 23 metre long, 12 millimetre ultra-clear tempered glass with 6-layer Sentryglas laminations has been unveiled. The birth of this new “super glass” has again established NorthGlass as the benchmark leader in the industry, which is of great significance. 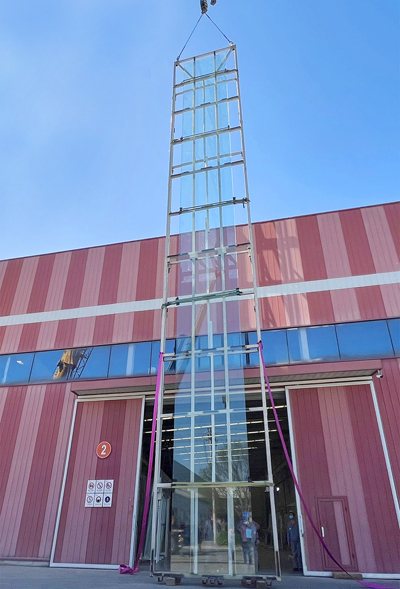 In 2008, NorthGlass developed a super large flat bending tempering furnace with brand new technology and applied bending tempered glass with a height of 12.8 metres to the Apple Asia flagship store in Lujiazui, Shanghai, which surprised the world. This process was also written into Steve Jobs: A Biography while being mentioned as “Created in China” by industry experts. Since then, the domestic super-large-scale curtain wall glass industry has made rapid progress, and a new era has begun.

NorthGlass kept breaking its own records, from 16.5 metres, to 17.3 metres and 17.5 metres, and all the while, Guinness World Records were set.

Rising demand for high-quality buildings for the future has become the driving force for NorthGlass. With a strong innovative technical team and the ultimate pursuit of glass technology, super glass with a length of 23 metres was a self-fulfilling destiny.

From raw material procurement to processing, and later on transportation and installation and relative handling for NorthGlass’ 23-metre super glass was extremely challenging since there is no precedent for reference. The birth of 23-metre super glass satisfies the ultimate pursuit of design, endowing buildings with new vitality, expanding indoor and outdoor boundaries and integrating buildings with the environment. 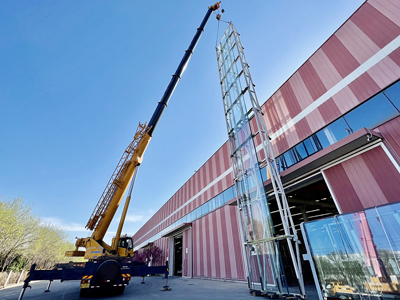 Seeing the 23-metre super glass first-hand, it is hard not to feel awe, not only for the strength of this singular accomplishment, but also for the boundaries yet to be broken in the future with research, hard work and determination. But for now, it is enough to know that NorthGlass has once again exceeded expectations in the field of jumbo glass processing.