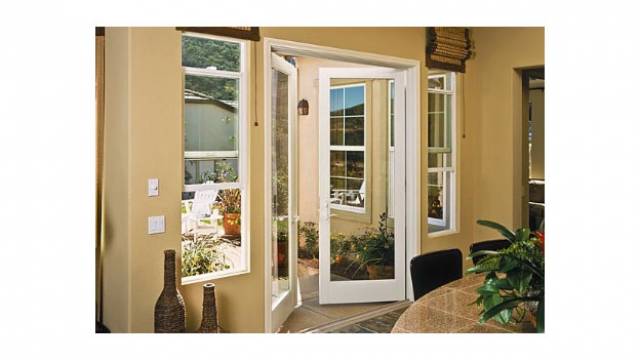 According to the new study published by Ceresana, Europe has a highly diversified development in terms of doors and windows, with potential for recovery which is not, however, expected to take place before 2015.

A recently-published study from Ceresana discusses the diversity of development for doors and windows, and potential for recovery, in the European construction market.
According to the report, conditions vary throughout Europe and demand has developed weakly since 2008. However, residential construction in Spain, Portugal and Greece dropped sharply, while Switzerland and Turkey have a more positive outlook.
A variety of influential factors such as the macroeconomic situation within the country, demographic development, changes in unemployment rates and available income, as well as peculiarities of national real estate markets, have both direct and indirect effects on demand for doors and windows.
National legislation and awareness of thermal insulation and energy efficiency among the population will cause the markets to move into a specific direction. The report notes, however, that the energy efficiency in particular is more influential for the segment windows than it is for doors – interior doors in particular.
Materials used also differ, depending on the region or country in question, particularly for windows. In addition to climatic factors and preferences of customers in regard to optics, country-specific prices of materials are playing an important role. The most common products in Europe are windows made from plastic (PVC), wood and metal or material combinations such as wood/aluminium. Market share of metal frames is highly dependent on the development of the segment commercial construction. PVC-based frames are important all across Europe, but apart from that, countries in Europe differ in their choice of frame materials. In Poland, Russia, and Turkey, more than 65% of windows have frames made from PVC. Scandinavia, on the other hand, still relies on wood and wood-combinations, with market share in Finland, Norway or Sweden exceeding 70%. The weatherability and durability of wooden windows can be improved by using fittings made of metal or PVC. Aluminium-based windows account for a comparatively large share of the market in Spain and Portugal as well as, to a certain extent, in Italy. In Portugal, the high market share can be partly explained by the very low price for these windows. Wooden windows are anticipated to lose market shares in a pan-European comparison, both to windows made from PVC and wood/aluminium. With regards to interior doors, the European market is dominated by wooden doors (veneer or laminate doors). In the subsegment external doors, market shares are more evenly distributed among the materials wood, plastics, and metal.
According to the report, the new construction of residential and commercial units plummeted in many European countries as a consequence of the economic crisis. There had been almost 800,000 new residential units been constructed in Spain in 2008; numbers had fallen to only about 110,000 units in 2012. Though an extreme example, many other countries saw the number of finished residential units fall in the past years. This development has caused the segment renovation and refurbishment to become more important to the market for doors and windows. In 2012, almost 57% of all windows processed in Europe were utilized in this sector. The new construction segment in countries such as Spain, Greece, Portugal and Italy will need another couple of years to recover. The future development of the segment renovation also depends on the legislation regarding energy efficiency-oriented refurbishment in individual countries. In some countries, the aging of existing buildings will also affect the distribution of shares between new construction and renovation. A weak development of the construction sector has caused demand for windows and doors in Europe to fall since 2008. The European market is, however, not expected to recover before 2015.