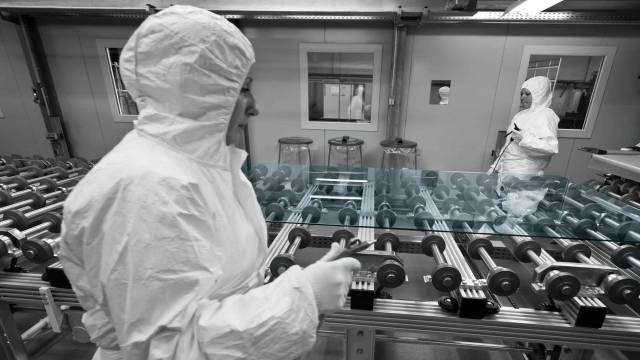 The new Press Glass facility commissioned last year, located in Varaždin (Croatia), has been certified by ift Rosenheim and by CEKAL.

Press Glass specialises in manufacturing glass for the construction industry.
According to the manufacturer, the documents not only confirm the quality of glass produced at the facility but they also support the competitive advantages of its buyers.
The new Press Glass facility has already been certified by the German Window Technique Institute (ift Rosenheim), confirming the compliance of the insulating glass units and float toughened glass produced at the facility with the European standards EN 1279-5 and EN 12150-2. As a result, such glass may be marked with CE signs.
As the producer informs, a similar testing and certification process has been completed by the CEKAL institute. The issued document confirms that the glazed units produced at the facility in Croatia may be used in France. Panes manufactured in compliance with the standards of the institute are marked with the “CEKAL 789” sign on the space bar.
“The certification processes held for the glass produced in the facility in Varaždin fit perfectly our quality control policy and the policy to support buyers. Additionally, it is worth noting that with such certificates our business partners become more competitive and gain easier access to various markets,” said a Press Glass spokesperson.
The new facility in Croatia is the fourth facility of Press Glass. The producer operates three facilities in Poland. Panes produced there are exported to a majority of European countries as well as to other continents, including North America and Asia.