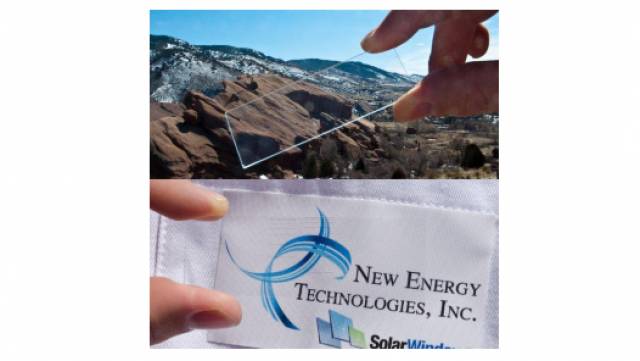 New Energy Technologies, Inc., developer of see-through solar cells for generating electricity on glass windows, has announced that researchers have successfully achieved faster fabrication time, improved transparency, and a two-fold increase in power conversion efficiency. Researchers achieved these advances by way of a novel, patent-pending breakthrough, which enables fabrication of large-scale mini-module SolarWindow™ devices, important to commercial deployment of the world’s first-of-its-kind glass window capable of generating electricity.
Generating electricity on glass windows is possible when New Energy researchers spray ultra-small, see-through solar cells on to glass surfaces. These novel spray-on techniques have been pioneered, advanced, and unveiled in operating prototypes by scientists who initiated early research efforts with New Energy Technologies under a Sponsored Research Agreement at the University of South Florida (USF). The company’s SolarWindow™ technology has since progressed significantly beyond early research, and is now in advanced product development.
Meanwhile, this announcement is the outcome of spray-related improvements achieved during the completion phase of New Energy’s early Sponsored Research at USF, led by Dr. Xiaomei Jiang. Researchers report that these latest spray-on techniques have successfully:

Specifically, these performance improvements result from spray advancements which control fabrication of various layers of coatings on glass; collectively, these layers make up the architecture of SolarWindow™ modules. Among other functions, the various layers allow the glass to absorb the sun’s energy, generate electricity, and direct the electricity for collection and use.
Researchers are hopeful that today’s breakthrough in mini-module spray-on device fabrication leads to improved spray-on techniques for large-scale devices, a precursor to the company’s product for commercial launch.
“This latest breakthrough is an exciting testament to our ongoing efforts as we continuously work to improve the quality and performance of our SolarWindow™ mini-modules,” explained Mr. John A. Conklin, President and CEO of New Energy Technologies, Inc. “Moving forward, we remain devoutly focused on producing large surface area prototypes which are compatible with high-speed production methods, important to commercialization of SolarWindow™.”
Currently under development for eventual commercial deployment in the estimated 85 million commercial buildings and homes in America, SolarWindow™ technology is the subject of 14 patent filings and is the world’s first-of-its-kind technology capable of generating electricity on see-through glass windows.
SolarWindow™ is a ‘building integrated photovoltaic’ (BIPV) technology. BIPV products are expected to achieve compound annualized growth of 41%-plus through 2016, according to Pike Research. 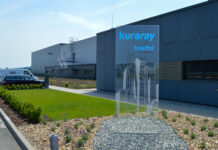 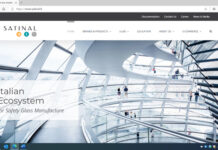