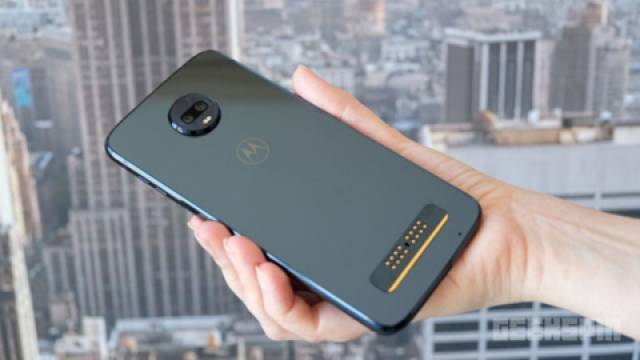 Motorola has recently unveiled the Moto Z3 play, a smartphone with the capability for upgrades via Mods, a range of products that include cover, backup batteries and video game controllers. This feature has been part of the Z3 line for three generations, and the Z3 Play will likely be the last model to work with this generation of Mods.
But what makes the new model unique is the case, an aluminium body wrapped front and back by Corning’s Gorilla Glass 3. Despite the added protective glass, the phone is reported as being lightweight.
Under the front glass is a massive 6 inch AMOLED display with 1080p resolution and an 18:9 aspect ratio. In changing the front design to feature a larger screen with significantly less bezel space, Motorola has moved the fingerprint sensor to the side of the phone under the volume buttons.

Corning’s Gorilla Glass 3 was originally introduced in 2013, and according to the company the material is up to three times more scratch resistant than the second generation.
During its manufacture, the glass is toughened by ion exchange. The material is immersed in a molten alkaline potassium salt at a temperature of approximately 400 degrees Celsius, wherein smaller sodium ions in the glass are replaced by larger potassium ions from the salt bath. The larger ions occupy more volume and thereby create a surface layer of high residual compressive stress at the surface, giving the glass surface increased strength, ability to contain flaws, and overall crack-resistance, making it resistant to damage from everyday use.