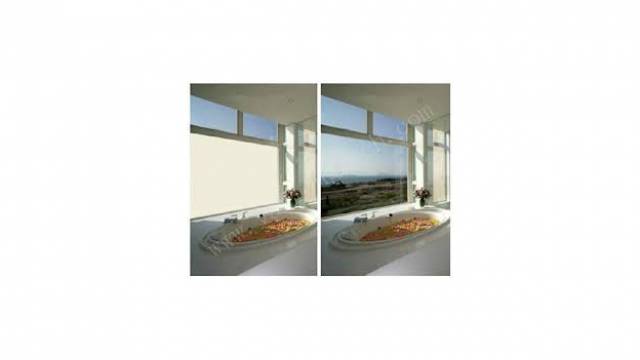 Merck, the German manufacturer of high-tech products in the pharmaceutical and chemical sectors, has acquired the Dutch specialist for smart window technology Peer+ with effective from 1 July 2014 for an undisclosed amount. Merck is pursuing a strategy of leveraging its expertise as the global market leader in liquid crystals in order to develop new fields of application for innovative liquid crystal technology.
With the acquisition of its long-standing cooperation partner Peer+, Merck is further advancing the development of the future-oriented market for liquid crystal windows and is bolstering its position as the technology and innovation leader for liquid crystal materials also for applications far from displays. The major innovation of liquid crystal windows lies in their ability of continuously variable switching from light to dark in just seconds. The optimally controlled light and temperature management can thus decisively improve the energy efficiency of a building. In addition, the smart windows technology opens up totally new architectural possibilities.
Merck and Peer+ have been cooperating closely since 2011 to develop a market-ready product and production concept for liquid crystal windows. In 2012, the cooperation partners entered into a shareholder agreement under which Merck acquired 70% of the capital interest in Peer+. Merck is now also acquiring the remaining 30%, including around 3% from the Eindhoven University of Technology (TU/e), which co-founded Peer+ in 2008 and has been intensively supporting it since then.
In the future, Merck will concentrate the research and development activities of the liquid crystal windows technology at the Peer+ site in Eindhoven, the Netherlands. Merck will not produce the liquid crystal windows itself.
“We see ourselves as an advisor and technology supplier for the industry. We aim to become the leading supplier for liquid crystal materials for the production of smart windows. The liquid crystal technology has proven itself in display applications for decades. It has great potential for revolutionary new applications, such as smart windows, and as the technology leader we want to develop these new markets with strong partners,” said Walter Galinat, Head of the Performance Materials division at Merck.
“Together with cooperation partners in the glass and façade technology sector, we want to develop the liquid crystal windows technology ready for mass production. With our expertise and experience in research and development as well as pilot production, we can acquire a pioneering role in the smart windows market and effectively support the industry in integrating this technology into mass production,” added Michael Heckmeier, Head of LC Research and Development in the Performance Materials division.
As part of its ‘Fit for 2018’ transformation and growth program, besides efficiency improvement measures Merck is also driving initiatives and investments for securing future growth, also including the acquisition of Peer+.
Liquid crystal windows basically consist of two panes of glass that are glued together at a distance of a few micrometers. The inward-facing sides of the panes are covered with a transparent, electrically conductive layer (transparent conductive oxide) as well as an orientation layer (polyimides). The gap between the coated substrates is filled with a special liquid crystal mixture. The light transmittance of the window can be controlled by applying a low electrical voltage. 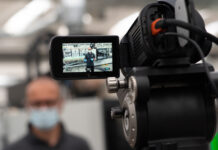