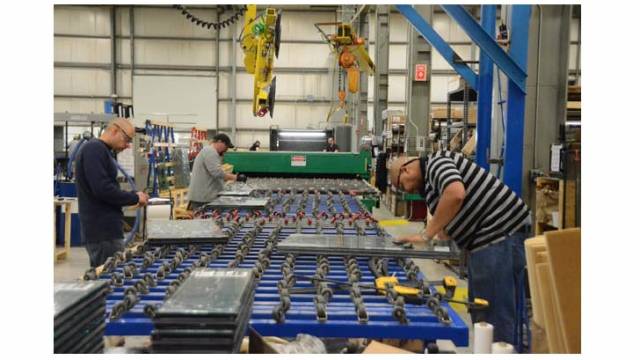 The Mayor of Pittsfield is requesting a grant from the Pittsfield Economic Development Fund to help LTI Smart Glass expand its business.

Mayor Linda Tyer is seeking USD 580,000 from the Pittsfield Economic Development Fund to help LTI Smart Glass expand its business.
The Committee on Community and Economic Development voted unanimously to recommend the move to the City Council, which is expected to vote on the matter later this month or early in October.
Just as it’s important to recruit new companies to Pittsfield, Tyer said, it’s also important to support businesses already in the city.
“This is exactly what we should be doing with Pittsfield’s resources and incentives,” Tyer said in a statement. “Advanced manufacturing businesses like LTI are employing people, producing products, contributing to the economy, and paying taxes.”
LTI is a world leader in weaving high-tech acrylics and polymers to create safer glass for use in government buildings, tinted glass for hospitals, and decorative glass for architectural projects.
The expansion plan for LTI, which currently employs 100 people, includes an addition of about 17,000 square feet to the company’s existing facility on Federico Drive. In a letter to councillors, Tyer said the USD 2.5 million capital investment would result in 38 additional jobs for the city by the end of 2019. A portion of the requested funds — USD 200,000 — will be awarded if the company is able to create 50 new jobs by 2022, in addition to the 38 already promised.
In the letter, Tyer said the proposed package of incentives includes a cash payment upon completion of the project in lieu of extending LTI’s tax increment financing agreement with the city.
“These discussions have gone on over the past six months, and the feeling of a consistent level of excitement and support by the city’s Red Carpet Team and the mayor’s office has been very much appreciated,” LTI owners Jeff Besse and Chris Kapiloff said in a statement. ‘We look forward to the council’s final decision and the owners and employees of LTI are looking forward to growing and partnering with the city for the years to come.”
Part of the glass and polymer company’s expansion will include the purchase and installation of a glass tempering oven, which enables it to do the kind of manufacturing work in-house that is currently outsourced to companies in other states.
If approved, LTI will get the funds in parts once it reaches certain achievement goals: USD 200,000 upon completion of the plant’s addition, USD 100,000 six months after the company reaches a total of 123 employees, USD 80,000 six months after reaching the 138 jobs promised by the end of 2019, USD 100,000 if the company employs 163 people by the end of 2022, and an additional USD 100,000 if the company employs 188 people by the same deadline.
The city reserves the right to immediately recollect the dispersed funds if LTI moves any aspect of its operations on Federico Drive outside city lines, if employment during the grant’s 10-year term drops below 100 employees for more than 18 months, or if the company becomes insolvent.
The Economic Development Fund is a USD 10 million settlement that the city of Pittsfield received from General Electric as part of the PCB clean-up agreement. Under the terms of that agreement, GE provided USD 1 million annually to Pittsfield for a 10 year period that ended in October of 2010.
The last time the city used money from the Pittsfield Economic Development Fund was last year, when it awarded USD 562,000 to Covanta to keep the business — and corresponding jobs — in the city. The fund, established in 2000, had a fund balance of USD 4.6 million as of 31 August.