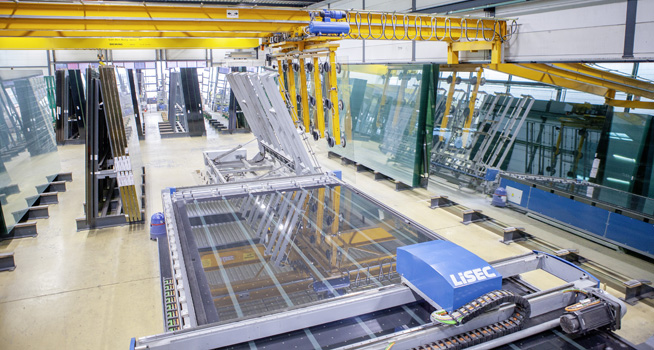 A perfectly designed LiSEC glass cutting line has become outdated, it is in good mechanical condition, but it is suffering from the phenomenon called “ageing”.

Critical components, such as PC cards, control systems, motors, etc. are becoming a scarce commodity and at some time they can no longer be re-ordered. If one of these components fails, this can lead to long and costly downtimes. Furthermore, the operating system was based on Windows 95 – meaning there was a high risk of being attacked by viruses on the one hand, and on the other hand there were few people who had the knowledge to further develop or support this system. The solution in cases such as this: Long Life from LiSEC. 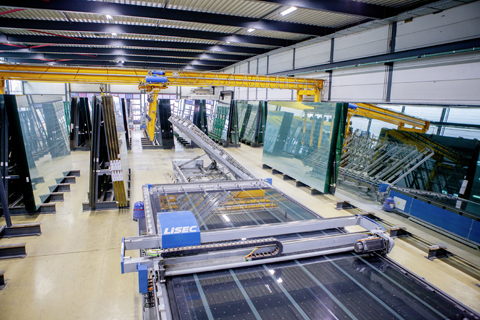 Emmen is about 2 hours’ drive from Amsterdam, this is where a new factory was built in the open countryside, in 1998. The plant was designed for the processing of flat glass and the production of insulating glass for the GLASS SOLUTIONS (Saint Gobain) subsidiaries in the Netherlands, and acts as a hub: products that are bought in from the outside are also processed via GLASS SOLUTIONS Technoglas in Emmen.

The systems and building were perfectly coordinated with each other at the time when the system was designed – which meant the possibilities for subsequent expansions or changes were limited. The expectations are high. There is huge pressure to continue fulfilling the role of reliable partner and supplier within the group.

Essentially, it could not be any better. The plant for small and medium sized glass lites sheets has always been able to deliver promptly, and it has therefore established an extremely good reputation within the Saint Gobain Group. 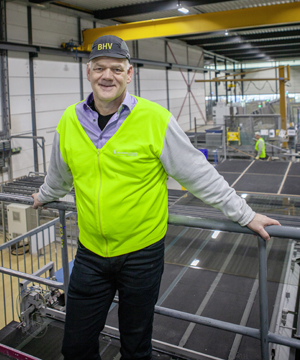 Herman Kanne, Branch Manager for GLASS SOLUTIONS Technoglas, said, “The performance was right and we were in an optimum position. The performance of the cutting line was excellent, but we also knew we had to do something – the risk of failure was too great.” In order to remain successful in the future, a project team was formed in the subsidiary, which formulated multiple options.

Kanne added, “It soon became apparent to us that a new line would be out of the question. For one thing, we were limited by the building because it was exactly coordinated with the current solution, and a new line would result in considerable building costs – furthermore, we would also have had to consider a new logistics concept, which would have pushed the cost up even further.”

The project additionally revealed that there were no alternatives on the market that performed better with regard to speed than the existing solution. Kanne added, “A sheet must be available every 7.5 seconds – that is incredibly fast, and could not be beaten by anything else available on the market. This was the main reason for keeping the existing line and optimising it.”

It can be a long life 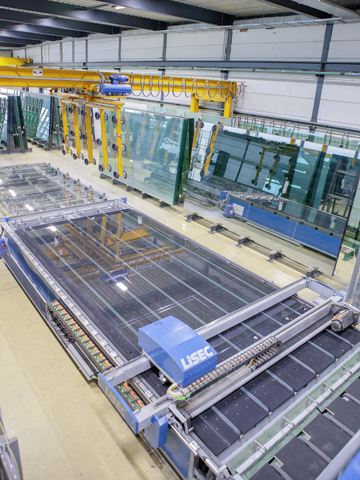 So the management of GLASS SOLUTIONS decided to optimise the existing line and worked out a concept together with the LiSEC specialists.

Andreas Rohrweck, responsible for Long Life projects at LiSEC, said, “The option of the long life approach was only feasible and meaningful, because the team in Emmen had taken good care of the line and it was in very good mechanical condition.” Control cabinets, motors, PC cards, drives and control systems were changed. Particular attention was paid to the preparation of the existing sensors and actuators, in order to keep the modification work on the system to an absolute minimum and to replace exclusively truly obsolete parts.

Kanne said, “The Long Life solution not only has the advantage of significantly lower investment costs in comparison to a new line. Another advantage is in the time taken for implementation. We were able to modify the line during periods in which service and maintenance work was being carried out anyway.” In this way the company lost no production time.

Conclusion: stress-free after the modification 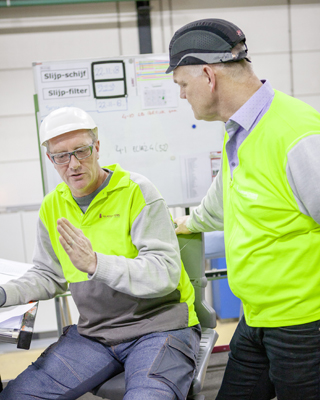 The modification was planned very carefully and in great detail, and the GLASS SOLUTIONS teams worked together closely. The start-up was problem-free and the team in Emmen achieved the goals that had been set after just a few days.

The record in the cutting area is now 124 jumbo sheets per shift. The fine-tuning by the LiSEC experts was an important phase. Kanne continued, “The fine-tuning was exciting and very interesting. 2 seconds here, 4 seconds there …, – it’s fascinating what this achieved. The system is now more stable than before and there are fewer faults. We have also become more flexible and we are now able to deploy employees in multiple locations.” Incidentally, the modification has also had an influence on the induction of new employees: because the operating interfaces are now state of the art, meaning that younger employees in particular find their way around faster.

“The modernisation of the cutting line has also changed the importance of LiSEC support. Remote support is now possible without restrictions. Kanne said, “It is difficult to find technically experienced employees. We now happily rely on the knowledge and experience of LiSEC in the area of support. I think that it is important for a supplier to offer this, because it gives us security.”