Eastman Chemical Co. did not properly caution Freedom Industries about the potential for the chemical Crude MCHM to corrode Freedom’s storage tanks.

Lawyers for residents also alleged in their court filings that then-Freedom Industries official Dennis Farrell tried unsuccessfully on the morning of the leak to convince a West Virginia American Water Co. official to turn off the intake pumps on its Elk River treatment plant, located just 1.5 miles downstream from the site of the Freedom facility.

“And he said that they were confident their filters could handle it, for me not to worry about them, to worry about myself and, you know, good luck dealing with the issues for having a spill,” Farrell testified in a deposition in the case, which is pending in U.S. District Court in Charleston.

“Plaintiffs are businesses, wage earners, and WVAW customers who were affected by the disaster through contamination of their water supply,” Thompson said in the brief. “Defendants could have prevented or avoided the crisis with better precautionary measures, compliance with applicable regulations, and the use of reasonable care.”

The brief provides new details and hints about the allegations lawyers for residents and businesses plan to pursue against West Virginia American and Eastman. But because the companies have not yet responded, and because some of the records involved are sealed from the public, a complete picture is not yet available.

While the 35-page legal brief and a four-page motion for class certification were at one point available to the public, the plaintiffs filed at least 20 separate exhibits — including deposition transcripts and internal Eastman documents about its MCHM product — under seal after normal business hours Monday evening. The legal brief supporting class certification was also later placed under seal. The Gazette downloaded that brief while it was publicly available and posted it online.

By mid-morning on Tuesday, U.S. District Judge John T. Copenhaver Jr. had issued an order saying that the “proposed sealing” by the plaintiffs of what the judge said was more than 500 pages of material “is patently inconsistent with binding United States Supreme Court and other precedent, along with the Local Rules of Civil Procedure and the administrative procedures” for the court’s online filing system.

Copenhaver gave the plaintiffs until Thursday to “show cause in writing” why “the entirety of the documents proposed for sealing should not be spread upon the public record.”

Later in the day, a copy of the plaintiffs’ initial motion to seal its court filings was made public. That motion indicated that the plaintiffs were attempting to comply with requests by the state Bureau for Public Health and Eastman Chemical that exhibits to its class-certification filing be sealed, but that the plaintiffs planned to later ask for at least some of those records to be made public.

Also in the case, lawyers for Eastman and the water company filed motions on Monday seeking to have Copenhaver declare that four witnesses hired by the plaintiffs to testify about potential damages and about chemical safety issues were not qualified to appear as experts in a federal court proceeding.

Litigation against West Virginia American and Eastman over the leak and its aftermath is continuing, following two rulings last month by Copenhaver that mostly turned down efforts by defense lawyers to have the case thrown out. Because the suit targets the water company and Eastman, it has not become hung up in the continuing Freedom Industries bankruptcy case.

In the case, lawyers for residents argue that West Virginia American Water made the aftermath of the chemical leak worse, by not having properly prepared for such an incident and with a botched response to the Jan. 9, 2014, leak.

“In flagrant violation of industry standards, WVAWC was completely unprepared for a spill affecting its sole source of supply and lacked sufficient water reserves to withstand a shutdown of its sole intake for any length of time,” the plaintiffs’ brief says. “WVAWC should have determined what chemicals were stored or processed at its site, assessed and planned for the risk they presented to the water supply, maintained sufficient water reserves at all times, and secured an alternate water supply to use in the event of foreseeable emergency.”

For example, the plaintiffs cite deposition testimony from Farrell — who has settled a civil suit, but faces criminal charges related to the leak — about what Farrell said were his efforts to warn the water company about the leak.

The brief says that, when confronted by state Department of Environmental Protection inspectors the morning of the incident, Farrell “warned WVAWC personnel of the toxic plume making its way down the partially frozen river” to the water company’s Kanawha Valley Treatment Plant.

“I asked him [the WVAWC personnel] if it [MCHM] was in the plant yet, and he said no,” Farrell testified. “And I said, good. You need to turn the pumps off. And he said, we’re not going to do that, we’ve already made our inspection and we got these fancy filters down here and we’re going to put two more filters on line so we can catch it, and that he wasn’t going to turn the pump off.”

Laura Jordan, a spokeswoman for West Virginia American, said the company “disputes Mr. Farrell’s statements and the way they are characterized by the plaintiff attorneys and believes that both are inconsistent with other evidence in the case.”

West Virginia American President Jeff McIntyre has said that his company did not shut down its water intake pumps when it learned of the MCHM leak because doing so would have quickly depleted the water needed for firefighting and sanitation. Getting the entire system back up and running might have taken 30 days or more, McIntyre has said.

But in their new court filing, lawyers for residents argue that the water company had “carelessly depleted their already inadequate reserves over the days before the spill by allowing several of the main storage tanks to go empty rather than increasing production in response to the increased demand associated with a cold spell.”

Regarding Eastman, the plaintiffs allege that Eastman “failed to avoid the foreseeable harm posed by Crude MCHM by commercializing a waste product and selling it to Freedom Industries without appropriate oversight, reasonable instructions, or warnings, including that Crude MCHM should be stored in non-corrosive, stainless steel tanks.” 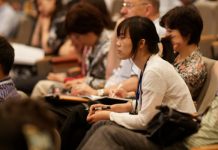 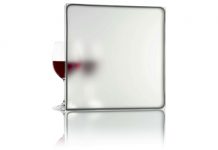 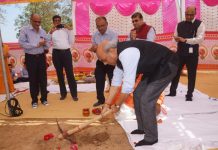