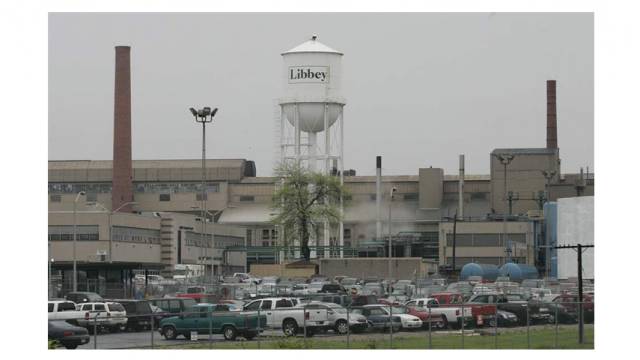 Founded two centuries ago, Libbey Inc. will be holding special events in May to celebrate this important anniversary and its milestones during these years such as the development of machine-blown glass in 1907 and the first one-piece press and blow stemware process in 1970.

Libbey Inc. has several significant milestones in its history, including when the glass manufacturing company established its roots in Toledo in 1888, and again in 1892, when Edward Drummond Libbey changed its name from the New England Glass Company to what it is today.
But it was two centuries ago, 1818, that the company first established itself, and it is that benchmark – and the company’s successes since – that will be celebrated this year with both private and public events on 4 and 5 May.
“For us to still be making the same product as when we started is pretty profound. This is definitely our big anniversary,” said Jamie Burt, company spokesman. “This [event] has more of a global aspect because we do have a presence in multiple locations and, also, there are very few American companies who have reached 200 years.”
Libbey plans to host an invitation-only event the evening of 4 May, which will include a Toledo Symphony Orchestra performance, cocktails, and a video about the company, Mrs. Burt said. There will be a public event at different locations in the city on 5 May, which will include hands-on painting, drawing, and sculpting activities and glassblowing demonstrations at the Toledo Museum of Art, tours of the Edward D. Libbey House at 2008 Scottwood Ave., and shopping spree incentives at the Libbey Glass Factory Outlet, 205 S. Erie St.
In conjunction with the celebration, the art museum in late April will open an exhibition of Libbey glass featuring both contemporary pieces and late 19th and early 20th century works from its permanent collection of 650 Libbey pieces, including the popular Libbey punch bowl that was cut by a craftsman at the Toledo plant for the 1904 St. Louis World’s Fair, said glass curator Diane Wright.
“The museum has quite a few works from the days of the New England Glass Works that date to the beginning of glass production in Cambridge,” Ms. Wright said. “Of special importance here is the tremendous encyclopedic glass collection, one of the few collections of its kind in this country. The impact of the Libbey Glass company on the city of Toledo really cannot be understated.”
Libbey has already started its internal celebration, coined Toast to 200 Years, Mrs. Burt said, and employees have been asked to raise a glass in its two US manufacturing plants here and in Shreveport, La., as well as plants in China, Mexico, the Netherlands, and Portugal.
“One of the things we are asking associates to do, whether with customers or suppliers, is to take a picture toasting to Libbey, and we will be creating a collage” that will be shared during the May events and also on social media, she said.
Libbey was actually founded as the New England Glass Company in East Cambridge, Mass., on 18 February 1818, by William Libbey. His son, Edward Drummond Libbey, moved the company from the Boston area to Toledo in 1888, building a plant on farmland northeast of the downtown area.
It was the beginning of what would be Toledo’s legacy as the Glass City. Headquartered downtown for more than 125 years, the company produces glassware, flatware, and dinnerware for restaurants and consumers.
Significant events in the glass company’s history include being the first to develop machine-blown glass in 1907 and its patent of the first one-piece press and blow stemware process in 1970. The events will also laud other glass companies that contributed to Toledo’s wealth as the Glass City, including the Libbey-Owens-Ford Glass Co. and Owens-Illinois.
Libbey has about 6,200 employees worldwide, and it claimed net sales of USD 793.4 million in 2016, Mrs. Burt said.2