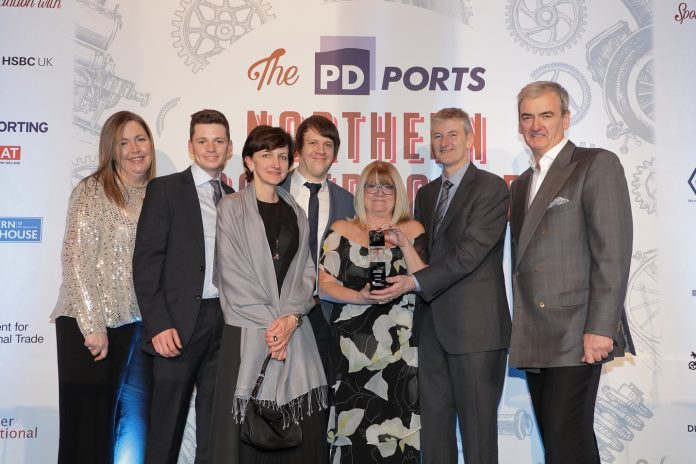 Glass industry manufacturer Lattimer has been named ‘Small Exporter of the Year’ at the event in the National Railway Museum in York. Lattimer designs and manufactures more than 20,000 different component parts predominantly for the glass container manufacturing industry.

Supported by the UK Government’s Department for International Trade (DIT), the awards recognise the entrepreneurship and innovation of companies selling products and services in overseas markets.

“This is another terrific endorsement for the Lattimer team and their immense effort over many years,” said Mr Hailwood.

Minister for Trade and Export Promotion Baroness Fairhead who attended the celebration said: “I’d like to offer my congratulations to all the businesses shortlisted for this year’s awards. They have all contributed to the significance of the Northern Powerhouse to UK exports and the UK economy generally. Their export successes are genuinely inspirational.

Minister for the Northern Powerhouse and Local Growth, Jake Berry MP said: “I congratulate all the finalists and winners at the PD Ports Northern Powerhouse Export Awards which are a great opportunity to celebrate the pivotal contribution made by Northern businesses to the UK’s economy as we prepare to leave the European Union.