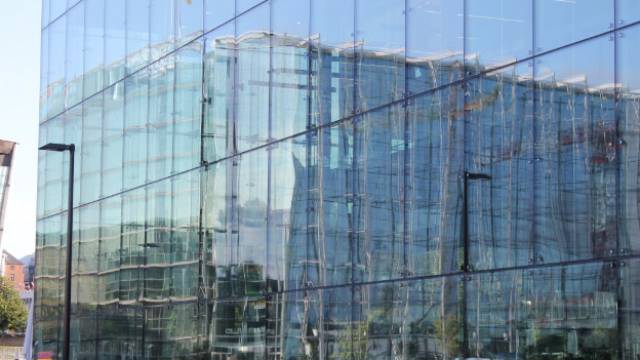 The 2017 edition of AAMA/WDMA/CSA 101/I.S.2/A440, “NAFS — North American Fenestration Standard/Specification for windows, doors, and skylights” (NAFS) has received final approval and is now available. This standard is the result of a multi-year effort by the American Architectural Manufacturers Association (AAMA), Canadian Standards Association (CSA) and Window & Door Manufacturers Association (WDMA). The updated 2017 standard replaces the 2011 edition of the joint standard.
The 2011 NAFS standard is already referenced in the 2015 editions of the International Building Code and International Residential Code, with the new standard to be included in the 2018 editions of these codes. The new standard is being proposed to replace the 2011 edition in the National Building Code of Canada when it is updated.
The Joint Document Management Group (JDMG), comprised of representatives from all three associations, stresses the importance of NAFS-17.
“The newest version of NAFS includes three more operator types than the previous edition: folding door systems, parallel opening windows and top turn reversible windows. With these products becoming more prevalent in the industry, it is important that the updated document provide guidance on their testing,” says Steve Fronek, vice president, design engineering for Wausau Window and Wall Systems, who served as AAMA’s JDMG co-chair.
“The 2017 version of NAFS is the latest product of the ongoing effort to harmonize standards in North America. This effort started over 20 years ago and is evidence of the fenestration industry’s desire to offer our customers a single, unified performance specification across borders. As someone who is a strong advocate for industry collaboration, I am very appreciative of the efforts, diligence and cooperation from all three associations. Everyone involved has worked hard to reach this point and remains committed to continued improvement in future editions,” states Joe Hayden, principal engineer for Pella Windows and Doors, who served as WDMA’s JDMG co-chair.
The 2017 standard represents significant steps toward achieving seamless trade across the U.S./Canadian border for fenestration industry manufacturers. A Canadian Supplement to the standard has been created by the CSA A440 Technical Committee to address those few Canada-only items not included within the new NAFS standard.
Greg Hildebrand, head of the façade engineering group at exp Services Inc., who served as CSA’s JDMG co-chair, notes, “The 2017 version of NAFS provides further harmonization and a comprehensive set of guidelines for a broader spectrum of fenestration products. The document also separates commentary from requirements to allow the reader to see that information only in sections that are relevant to their questions. This makes the document less cumbersome for the average user. In conjunction with the Canadian Supplement to NAFS, Canadian users benefit by having a more complete, application specific means of selecting the right products for the job.”
Copies of AAMA/WDMA/CSA 101/I.S.2/A440-17 are available for online purchasing from the American Architectural Manufacturers Association, Canadian Standards Association or Window & Door Manufacturers Association.