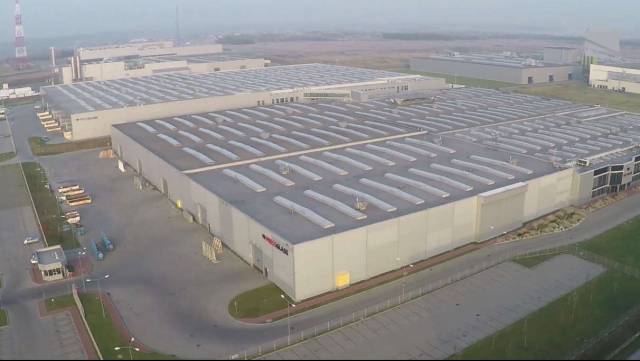 Over the last two years, Press Glass which specialises in the manufacture of panes for the construction industry, has expanded its largest plant in Poland.

The Radomsko plant is currently the biggest glass processing centre in Europe following the works carried out in 2014-2015.
“The area of the Radomsko plant is now 63,000 sq. m. We make such products there as glass units for the manufacturers of window frames and façade woodwork, single glass for customers making internal glazing and various glass structures and panes for solar panel manufacturers”, said the manufacturer.
Panes manufactured by Press Glass are sold to the customers in most European countries but also to other markets, primarily in North America and Asia.
The company has been operating for over two decades. At present, Press Glass has three branches in Poland. Last year, they were joined by the plant built in the Croatian city of Varaždin. In addition, in September 2015 the company took control of the British group Glass Systems, the local leader in manufacturing glass units.