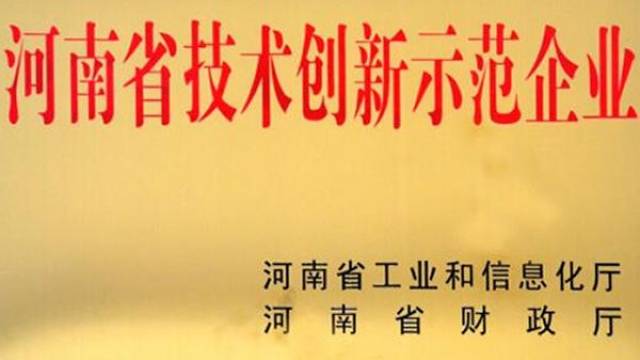 To further advance the establishment of a system of technological innovation in which enterprise plays the leading role, the market showing the way, and business, universities and research institutes working together, the Provincial Industry and Information Technology Committee and Finance Department jointly organized and conducted the recognition of Technology Innovation Model Companies 2016 awards.

After careful review by judges, Luoyang LandGlass Technology Co., Ltd was named the 2016 Technology Innovation Model Company of Henan Province, one of only three companies in Luoyang City to receive the honour.
LandGlass has always been at the forefront of technological innovation and intellectual property rights protection: In addition to the large R&D base and supporting facilities, it has established a sound research and development system run by a team with talents from various disciplines.
LandGlass currently has several hundreds patents including dozens of PCT patents.
The company also won the Chinese patent gold medal – an award representing the highest honour to technological innovation achievement in China, for two consecutive years in 2012 and 2013. For the past few years, LandGlass has accelerated new product introductions with technology that leads the industry.
Following the Cyclone JetConvection Tempering Furnace in 2015, LandGlass announced its breakthrough in field of energy saving glass products in 2016 – fully tempered vacuum insulated glass.
Featuring exceptional performance in energy efficiency and sound insulation,  the product will drive the development of tempered vacuum insulated glass worldwide and make a substantial contribution to environmental conservation.