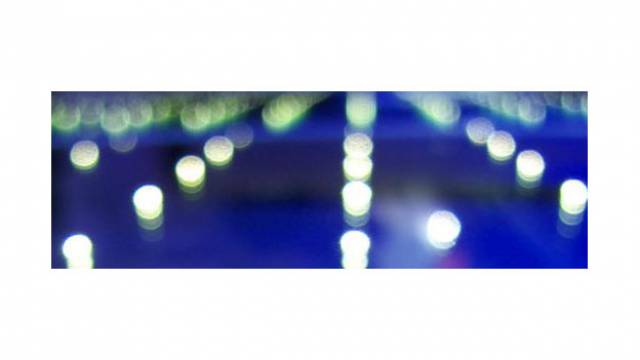 G-Smatt Glass, CEO Ho Joon Lee, was joined by Chris Davis of Kommerling for a series of high level meetings in the UK as G-Smatt starts to plan its move into the UK and wider European markets. The two companies have worked closely over the last few years to develop a ground breaking construction grade laminated glass with minute LEDs that bestows the glass with media functionality.

“We have now successfully installed our product in over 50 different buildings in the Far East and Asia. It has been well received and is transforming buildings that were eyesores into destination city landmarks. With the continuing investment in new developments both in London and other major metropolitan centres we feel that it is the right time to start making the key players aware of this product’s potential. Not only does it deliver on all the construction criteria but it will enable the shell of a building to generate more profit for the developer if used correctly,” explained Ho Joon.

One of the organisations that was privy to a full presentation about the products capabilities was Eckersley O’Callaghan where more than a dozen engineers were able to see videos of existing installations and find out more about the possibilities offered by this construction grade glass, with benefits. “This glass will allow us as engineers to deliver buildings and facades that have a dynamic appeal. The impact that an installation of this type will have on the surrounding cityscape is hard to evaluate but there is the potential to put more traditional media displays and external lighting installations in the shade,” commented Sanmukh Bawa, engineer with the company. Other companies also showing an interest in the product include Arups, Hamilton-Erskine and ICON.

G-Smatt also have plans in place to open an office in Los Angeles later this summer to serve the American market.

The small LEDs are placed at regular intervals approx 40-90mm apart, depending on the specification and when viewed from the inside there is less than 0.3% reduction in visibility through the glass. This is considerably less than when one of the current alternatives such as an overlay or frame structure is used which can give the impression of being in a cage or prison cell when viewed by the building’s occupants. Even when illuminated at night people within the building will not be dazzled by reflection as less than 10% of the light emitted by the LED’s is reflected back into the building.

Kommerling has worked closely with G-Smatt’s development team to make this innovative glass a commercial reality. The company’s R&D team in Pirmasens, Germany has developed a new formulation for the resin that is used to bond the two layers of glass around the encapsulated LEDs. There were several complex issues that had to be accommodated, namely:

– a passive curing profile was required to avoid high temperatures and pressures damaging the embedded LED and FPCB components.

and finally the resin had to have a similar refractive index as the glass and was required to cure without any bubbles, otherwise these would become greatly illuminated once the LEDs were lit on.

Koemmerling Chemische Fabrik GmbH is a leading international manufacturer of high-quality adhesives and sealants. Its European headquarters and extensive research and development facilities are in Pirmasens, Germany and it has a network of subsidiaries, sales offices and sales partners, in more than 80 different countries. Members of the group have over 110 years experience of the development of adhesives and sealants. In particular the company has established itself as an innovative market leader in provision of Polysulfide, Polyurethane, Silicone and Polyisobutylene sealants for the automotive, insulating glass and photovoltaic industries. In April 2015, Royal Holdings, Inc. through its Kommerling UK Limited subsidiary, acquired Chemical Innovations Limited, which makes new technologies and an extended range of bonding adhesives available to Koemmerling customers.