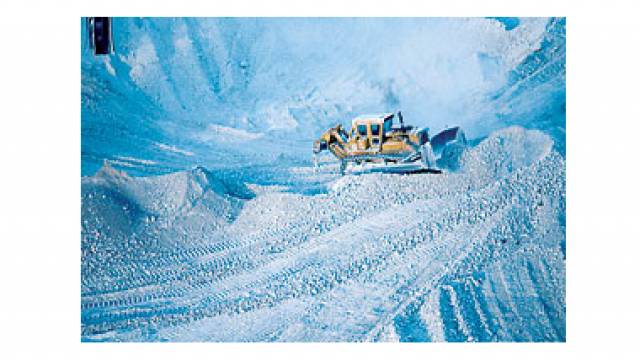 According to Indian industry sources, soda ash producers are witnessing a fall in demand and are therefore now operating at lower capacities. This fall in demand has been caused by a reduction in glass production during the October-December quarter of 2012.

Indian soda ash producers are witnessing a fall in demand caused by a reduction in glass production during the October-December quarter of 2012. They are, in fact, according to industry sources, now operating at lower capacities.
Soda ash is an important raw material used in glassmaking. “Demand from the glass industry has reduced mainly on account of slackness in the real estate and automobile sectors. These are the major glass consuming segments. This caused a fall in demand for soda ash,” said a senior official of a leading soda ash manufacturer.
Glass sheet production dropped from 9.4 million sq.m. in November 2011 to 8.3 million sq.m. in November 2012, equal to a 12% decrease. Production in December 2012 was 8.9 million sq.m., compared to 10.8 million sq.m. in the same month of the previous year.
India’s annual soda ash production capacity is a little over three million tonnes, with GHCL, Tata Chemicals, Nirma and DCW among the major producers.
“Though no new soda ash project has come up in the country in several years, the current players have added huge capacities. With the fall in demand from the glass industry, part of these capacities have remained idle,” said an official of the Alkali Manufacturers’ Association of India.
A recent report by Capitaline says there is hope. “Recent Budget provisions will promote home ownership and give a boost to a number of industries, including glass. Growth in the float glass segment is expected to pick up once interest rates start softening, leading to increasing demand for real estate,” the report said.
India’s glass consumption growth is expected to increase in major sectors such as consumer goods, pharmaceuticals, automotives and construction. “The drop in demand from the glass industry will be partly compensated by demand from the detergent industry,” said an industry source.
Prices of soda ash have remained stable since October 2012.