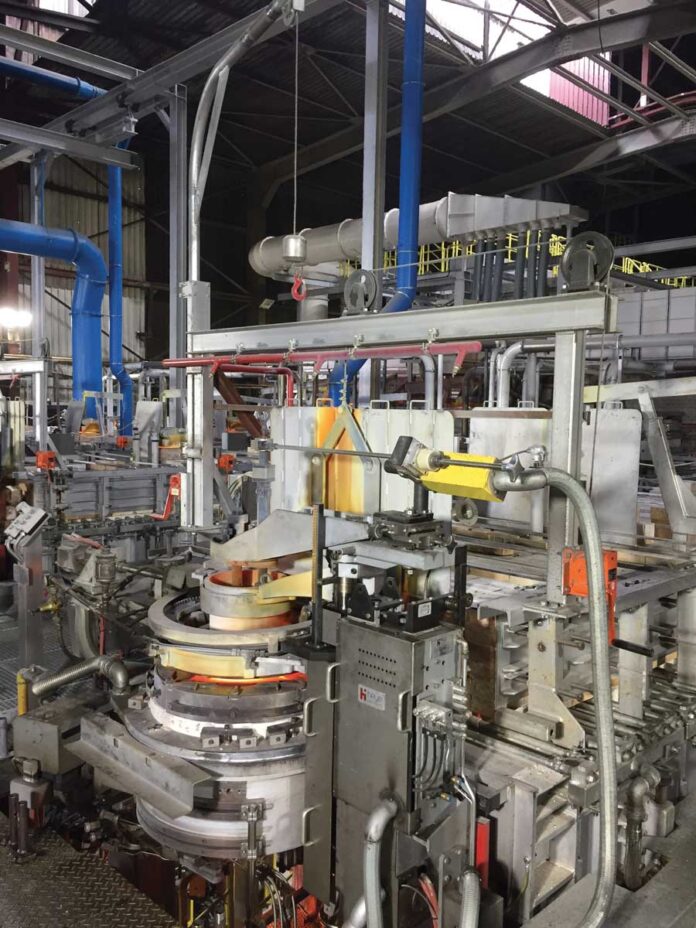 During an intense period of repairs and upgrades, Heye International provided specialist machinery and technology at Ardagh Group’s glass production facility in Germersheim. This article takes a look at how this equipment will not only make production more efficient and environmentally-friendly, but also ensure safe, user-friendly, easy-to-clean, flexible and fast security concepts.

SUBSTANTIAL INVESTMENTS FOR ARDAGH
Ardagh Group’s Germersheim glass production facility in south west Germany has been the subject of a substantial investment in recent months. One of the facility’s two melting furnaces has been completely rebuilt and as part of associated production shop investment projects, some of the glass container industry’s most advanced manufacturing technologies have been purchased. This includes specialist production machinery from Heye International GmbH, one of the facility’s long-standing partners.
Germersheim is one of eight plants operated by Ardagh in Germany, located near Speyer, where some 280 people are employed.

MAKING PRODUCTION MORE EFFICIENT AND ENVIRONMENTALLY-FRIENDLY
An intensive 150 day repair schedule was undertaken to make production more efficient and environmentally-friendly, preparing the Germersheim glassworks for continued successful operation in the future. As well as renewing the green furnace, the batch plant has been upgraded and new NNPB production equipment has been installed. An annealing lehr has been replaced, as well as the basement cullet return system, while existing supply facilities for compressed air, gas, water and electricity have been either rebuilt or overhauled. 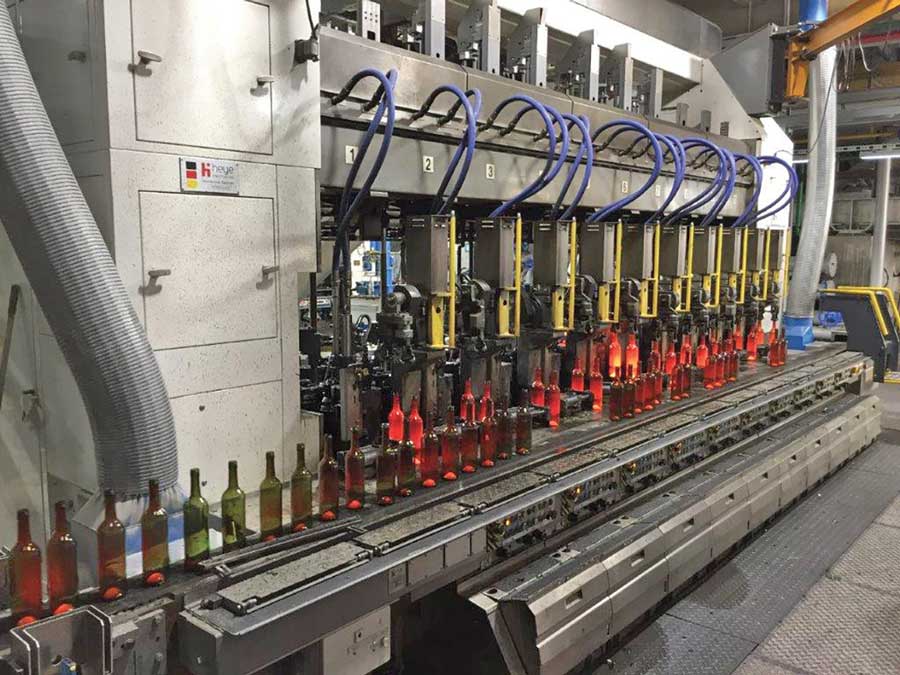 Furnace rebuild
The rebuilt regenerative melting furnace serves four production lines, two of which have been equipped with the latest SpeedLine IS machines from Heye International. This equipment features the safe, user-friendly, easy-to-clean, flexible and fast Multilevel security concept. It is designed to comply with HACCP standards and employs a modular design for simplified maintenance and service. The use of standardised components reduces the number of spare parts required, while existing machine mechanisms are also reusable.

New IS machines
One of the new IS machines is a 12-section 6 1/4in double gob installation, while the second is a 10-section 5in double gob SpeedLine. The production shop’s other two lines feature existing Heye IS machines. The feeders for these lines have been modernised with the latest Heye front plates and spout casings.
Commenting on the successful completion of this project, Stefan Döring, Technical Service Manager for the Germersheim facility, expressed his team’s positive response to the working relationship established with Heye International engineers. “There was a very good cooperation with respect to pre-works engineering, FAT organisation, machine installation and commissioning,” he confirmed.

Verallia Italia and 32 Via dei Birrai adopt the Glass Hallmark