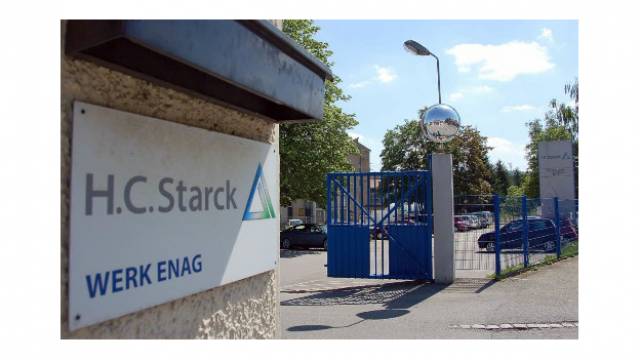 H.C. Starck Group has announced that as of the beginning of July Matthias Schmitz will succeed Ludger Heuberg as Group CFO and Member of the Executive Board. Heuberg, who is leaving the group to pursue new business opportunities, will still serve in an advisory role to shareholders.

Ludger Heuberg, Group CFO and Member of the Executive Board, will leave the H.C. Starck Group at the beginning of July 2014 to pursue new business opportunities outside the Group. He will still, however, serve in an advisory role to the shareholders of H.C. Starck, Advent International and The Carlyle Group. Ludger Heuberg had asked the Supervisory Board of H.C. Starck to be relieved of his duties. The Supervisory Board has accepted this request with regret.
Ludger Heuberg started his very successful career at H.C. Starck in November 2010 as Chief Financial Officer of the Group. He has been very successfully leading important initiatives and projects worldwide in his area of responsibility and with that has made a significant contribution to the positive development of the H.C. Starck Group.
“We thank Ludger Heuberg for his service to the H.C. Starck Group, his valuable contributions and his extensive personal efforts on the behalf of our company. We wish him well in his personal and professional future,” said Engelbert Heimes, Chairman of the Supervisory Board.
As of July 2014, Matthias Schmitz will succeed Ludger Heuberg as Group CFO and Member of the Executive Board at H.C. Starck. After studying industrial engineering and earning a doctorate degree at the Technical University in Kaiserslautern (Germany), Matthias Schmitz began his professional career at KSB AG, where he became head of Group Controlling at the beginning of 1997. Five years later he moved to Mahle GmbH as Board Member of the Pistons and Engine Components Division with responsibility for Controlling, Accounting and Mergers & Acquisitions. In 2007, he joined the Kion Group as Commercial Director of the Linde Material Handling GmbH, where he was responsible for Finance, Leasing, Cash Management, Legal, IT, Controlling and Accounting, among others.
“On behalf of the Executive Board, I warmly welcome Matthias Schmitz. We look forward to working together and we are confident that thanks to his long-time experience in the finance area he will make a lasting contribution to the positive development of the H.C. Starck Group,” said Andreas Meier, CEO of H.C. Starck.
The H.C. Starck Group is a leading global supplier of refractory technology metals and advanced ceramics, and serves growing industries such as the electronics, chemicals, automotive, medical technology, aerospace, energy technology, and environmental technology industries, as well as engineering companies and tool manufacturers, from its own manufacturing facilities located in Europe, America, and Asia. In 2013, the company had about 2,800 employees in the US, Canada, Great Britain, Germany, China, Thailand, Vietnam and Japan.