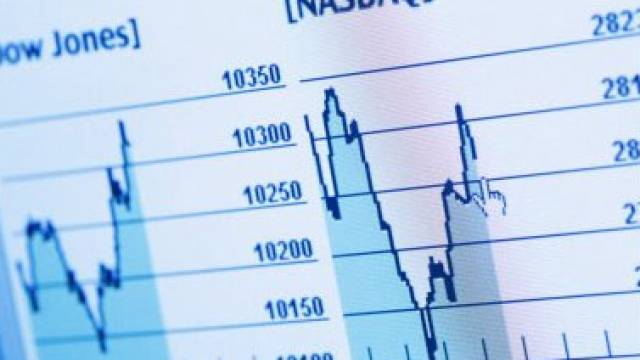 “We are off to another solid start to our fiscal year,” said Jim Owens, H. B. Fuller president and chief executive officer. “Our teams around the world are winning with customers as we posted our ninth consecutive quarter of organic revenue growth, which included the best volume performance since the third quarter of 2010.”

H.B. Fuller Company reported financial results for the first quarter that ended 3 March 2012, with highlights including:

The company’s acquisition of the Forbo Group’s industrial adhesives business was completed on 5 March 2012. In 2011, the acquired business generated net revenue of approximately USD 580 million, pre-tax operating income of approximately USD 25 million, and EBITDA of approximately USD 35 million. The acquisition was completed after the close of the company’s first quarter of the 2012 fiscal year and, therefore, will be reported in the company’s financial statements beginning with the second quarter of 2012.
Beginning in the fourth quarter of fiscal year 2011, the company’s income statement includes a line titled “Special Charges, net”. This line captures certain non-recurring costs, net of any gains, associated directly with the acquisition and integration of the industrial adhesives business from the Forbo Group and the company’s ongoing Europe, India, Middle East, and Africa (EIMEA) business transformation initiative. Going forward, the EIMEA business transformation project and the Forbo acquisition integration project will become one project and will be referred to as the Business Integration. The charges in this line include:

Certain gains also could be reported in this line such as any gain on the sale of surplus real estate assets, among other items.
During the first quarter of 2012, Special Charges totalled USD 6.5 million. Since the inception of the Business Integration, the total Special Charges were USD 14.0 million.
First quarter 2012 results:
Net income for the first quarter of 2012 was USD 15.3 million, or USD 0.30 per diluted share, versus USD 14.4 million, or USD 0.29 per diluted share, in last year’s first quarter. After adjusting for the Special Charges, adjusted diluted earnings per share in the first quarter of 2012 was USD 0.44(1), up 52% from the prior year.
Net revenue for the first quarter of 2012 was USD 375.3 million, up 10.5% versus the first quarter of 2011. Higher average selling prices and higher volume positively impacted net revenue growth by 8.7 and 2.3 percentage points, respectively. Foreign currency translation reduced net revenue growth by 0.5 percentage points. Organic revenue grew by 11.0% year-over-year. On a sequential basis, net revenue decreased approximately 14%. When adjusting for the impact of the extra week during the fourth quarter of 2011, net revenue fell approximately 7%, in line with typical seasonal patterns.
Gross profit margin was up approximately 190 basis points versus the first quarter of 2011, primarily due to the cumulative effect of pricing actions over the past year. Gross profit margin improved by 160 basis points versus the previous quarter primarily due to the benefit of pricing actions and slightly lower raw material costs. Relative to the prior year, Selling, General and Administrative expense was higher by 10%, but down 10 basis points as a percentage of net revenue.
At the end of the first quarter of 2012, the company had cash totalling USD 150 million and total debt of USD 228 million. This compares to fourth quarter levels of USD 156 million and USD 232 million, respectively. Sequentially, net debt was essentially unchanged. Cash flow from operations was USD 3.0 million in the first quarter, slightly better than last year, driven by higher net income.
“We are off to another solid start to our fiscal year,” said Jim Owens, H. B. Fuller president and chief executive officer. “Our teams around the world are winning with customers as we posted our ninth consecutive quarter of organic revenue growth, which included the best volume performance since the third quarter of 2010. The improvement in gross margin once again demonstrates the value we are delivering to our customers and the discipline and execution capability of the organization. Our core business is running well as we begin the process of integrating the Forbo industrial adhesives business.
“Our operating results in the first quarter exceeded our internal plans. This higher level of operating performance should offset the negative impact of the current foreign exchange translation rates relative to the rates assumed in our 2012 operating plan. So, we remain on track to deliver diluted EPS of USD 2.05 to USD 2.15 on our base business in the 2012 fiscal year.”
“Our work to integrate the Forbo acquisition is moving quickly. At the end of the second quarter we plan to provide more complete guidance regarding the impact of the acquisition on 2012 results. We believe our initial synergy estimate of USD 50 million of annualized pre-tax savings within two years is still valid and we expect the acquired business will generate between USD 0.05 and USD 0.15 per diluted share of incremental net income in the 2012 fiscal year, excluding Special Charges.”
The following highlights the company’s expectations for several key metrics in its 2012 financial outlook. The term “base business” refers to the H. B. Fuller business prior to the acquisition of the Forbo Industrial adhesives business.
Net revenue from the base business 6% to 9% higher in 2012 relative to the adjusted results in 2011, which included an extra week; earnings per diluted share on the base business of between USD 2.05 and USD 2.15; incremental earnings per diluted share from the acquired Forbo business increased to between USD 0.05 and USD 0.15 (excluding Special Charges); foreign exchange translation rates at or near current levels; capital expenditures for the base business of approximately USD 40 million; the company’s effective tax rate on the base business, excluding discrete items, is expected to be 31%.