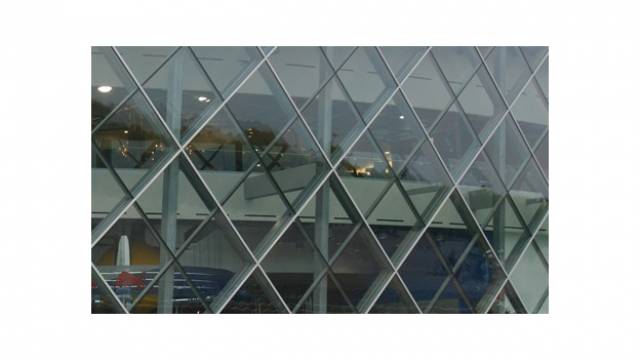 Guardian Industries has announced that Tom Pastore has been named General Counsel and Secretary of the corporation. He will be responsible for all worldwide legal matters of the company.

Tom Pastore has been named General Counsel of Guardian Industries Corp., responsible for all worldwide legal matters of the privately held, multinational company headquartered in Auburn Hills, Mich. He was also named Secretary of the corporation.
Pastore was most recently General Counsel of Guardian’s Worldwide Flat Glass division.
“In his Guardian career, Tom has worked extensively on both US and international matters across our divisions,” says Guardian President and CEO Ron Vaupel. “His accomplishments, talent and experience make him well-suited to take on the role of General Counsel and help guide the company toward long-term growth.”
Pastore joined Guardian’s legal department in 1996 and has held a number of positions including serving as Assistant General Counsel, Associate General Counsel and Assistant Secretary before being appointed General Counsel of Worldwide Flat Glass in 2011. He has been responsible for litigation, employment matters, international trade and many other issues, and has supervised attorneys in Europe, North America, Latin America, the Middle East and Asia.
He began practicing law in the Washington, D.C. office of Dykema Gossett in 1988 and moved to the firm’s Detroit office in 1989, where he practiced primarily commercial litigation, with a focus on antitrust and trade regulation.
He received his Juris Doctor cum laude from Georgetown University Law Center and his bachelor’s degree cum laude from Georgetown University.
Pastore succeeds David Jaffe, who retired as General Counsel 1 June.
Tom and his wife, Sonia Ajluni Pastore, live in Bloomfield Township, Mich., and have two daughters, Noel and Leila. They are active in several Metropolitan Detroit community organizations, including Gleaners Community Food Bank, Eton Academy and Cranbrook Educational Community.
Guardian is a diversified global manufacturing company headquartered in Auburn Hills, Michigan, with leading positions in float glass, fabricated glass products, fiberglass insulation and other building materials for commercial, residential and automotive applications. Its automotive trim group, SRG Global Inc., is one of the world’s largest suppliers of advanced, high value coatings on plastics. Guardian, its subsidiaries and affiliates employ 18,000 people and operate facilities throughout North America, Europe, South America, Asia, Africa and the Middle East.