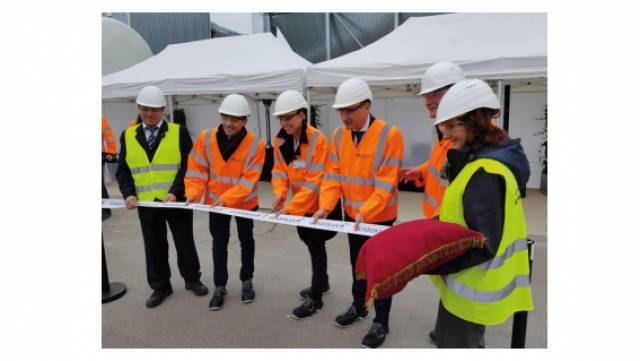 Guardian Glass has inaugurated an emissions control system at its Dudelange, Luxembourg float plant.
Mrs. Carole Dieschbourg, Luxembourg’s Minister of the Environment, and Mr. Dan Biancalana, Mayor of Dudelange, joined Guardian Glass in Europe leadership for the official inauguration of the control system.
Guus Boekhoudt, Vice President of Guardian Glass in Europe; Jose Miguel Villacorta, Dudelange Plant Manager, and Jean Ries, Director Government and Public Affairs Guardian Europe all also witnessed the massive installation that reduces NOx, SOx and dust from the float glass process.
The control system has been fully operational for four months and ensures the Dudelange plant complies with limits set by the Luxembourgish Environment Agency and with the EU Industrial Emission directive. A similar system was installed at the Guardian Glass Bascharage, Luxembourg plant in 2013.
“With this new emissions control system, Guardian Glass affirms its commitment to the efficient use of natural resources while operating in a way that protects the safety, health and well-being of its employees, the environment and the communities in which it operates,” said Guus Boekhoudt.