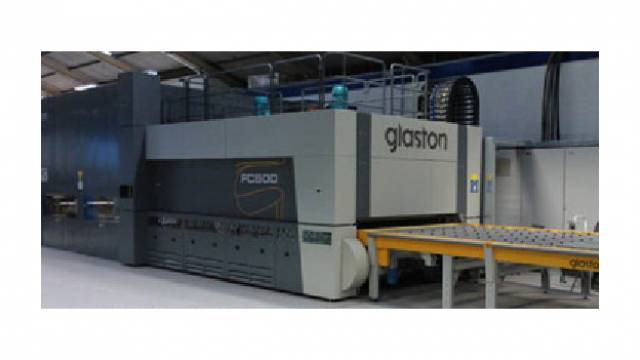 Glaston Corporation has announced that it has closed a deal for two special Glaston FC500™ lines with European Glass Group. The deal is booked in Glaston’s Q4 2014 order book, with delivery to be made during the second and third quarter in 2015.

Glaston Corporation has closed a deal for two special Glaston FC500™ lines with European Glass Group. One of the furnaces is the biggest FC500 ™ sold and it measures 3300 x 8400 mm. The order is booked in Glaston’s Q4 2014 order book. The delivery will be made during the second and third quarter in 2015.
The Glaston FC500™ tempering line was launched in 2011 and has gained a solid position on the market.
“The Glaston FC500™ tempering furnace has in a short time established itself as the number one choice for customers who value superior optical quality and want to explore new capabilities. After glasstec alone, that was held in October, we have sold more than 10 furnaces. This number shows that the furnace responds excellently to our customer’s needs,” says Arto Metsänen, CEO and president of Glaston Corporation.
European Glass Group, with the largest FC500™ furnace in the world, has specialized in the manufacture of structural insulated glass units. The company provides industry leading service and support for large architectural glass and volume production for large contracts. The company’s main markets are in the UK, Europe and Middle East.
“European Glass has always sought to lead the way in the UK Glass industry and we continue to invest in cutting edge technology to keep us in the forefront of glass manufacture. These latest investments in our Group operations, together with freehold acquisition of our major new site in Cheadle, Manchester, endorses our position at the top of the UK Glass business says,” Mick Johal, owner of European Glass Group.