Gimav: machinery and products for glass – markets on the upswing, excellent export performance 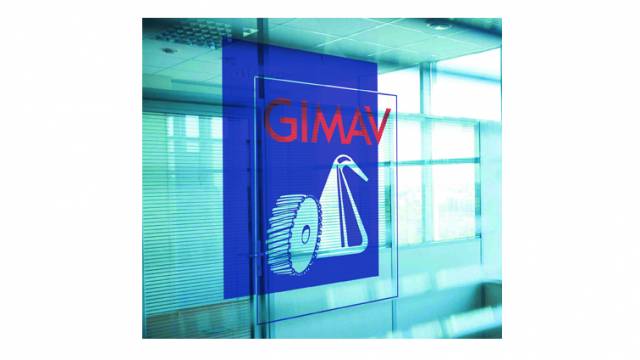 The Gimav Studies Centre has released official data on the sector: the growth trend continues for the eighth consecutive year.

“This marks the eighth consecutive year of growth. The upswing in exports continues, and domestic market indicators are starting to improve as a result of the Industry 4.0 Plan incentives. Our sector is growing, and it’s very gratifying to be able to say that the effects of the downward trend that marked the national and international economy in 2009 are definitively behind us now”. This was the initial comment by Laura Biason, Director of Gimav, the Confindustria member Association representing Italian manufacturers of Flat and Hollow Glass processing machinery, systems, special products and accessories, with regard to the data in the latest Italian glass machinery industry report.
In fact, the Gimav Studies Center, on occasion of the annual Association members’ meeting, officially released the latest figures on the Italian glass machinery sector; numbers accompanied by plus signs, starting with the 4.04% increase in overall sales by the sector (compared to 2016) with Flat glass up by 4.87%, and Hollow Glass up by 2.38%. Domestic sales also increased, by 4.54%.
The sector workforce increased by 4.65% as a result of these trends. The overall trade balance remarkably rose to nearly EUR 984 million, up by 3.85% from the year before.
Exports remain the crown jewel of the Italian glass machinery industry, with an excellent exports to overall sales ratio averaging 78.66% in 2017, further consolidating the Italian manufacturers’ position among global market leaders. More specifically, the performance of Hollow Glass was brilliant, with exports accounting for 84% of overall sales (slightly less than EUR 379 million), while Flat Glass reached another milestone with export increasing from 75.3% of 2016 to 75.74%, and far exceeding EUR 692 million in value.
As usual, the European market ranked in first place, with 40% of overall export sales, while the United States maintained its absolute lead as top destination country, followed by France, India, Mexico and China.
Strong recovery was once again reported for Central and South American markets, which now account for nearly 12% of global sales (up 59.2% from 2016); Brazil and Argentina, together, account for 7% of global sales.
In terms of exports, however, we need to differentiate the two macro-specialties of the sector. Flat Glass exports, in fact, increased by 5.48% from the year before.
The ranking of countries purchasing Italian glass processing machinery lists in order of importance, EU Europe, Asia (up 47.76% from 2016), the Nafta area, extra-EU Europe, Central and South America (up 14.04% from last year), Oceania, and Africa.
We should also note that although exports to North America decreased (now accounting for 19.41% of overall global sales), exports to Oceania continued to rise.
The top five destination countries for Italian Flat Glass in ranking order, after the USA, were Germany (the top European market and second global market destination), China, India (which remarkably climbed up after placing 42nd in 2016), and the United Kingdom, which held its place.
The ranking for Hollow Glass exports, which grew by 1.2% since last year, shows that France is once again the top destination country, while Mexico dropped into second place. Poland, India, Thailand, and Argentina also moved up the ranks, but the most remarkable increase was recorded by Japan, which since 2016 climbed from 29th to 11th place among the largest importers of Italian Hollow Glass, and now accounts for 3.41% of global exports. Iran and Spain also appear in the top 15 this year.
“The data is definitively positive,” says Gimav director, “and the results – confirmed by the increase in domestic orders – are tangible even with regard to the opportunities offered by the Industry 4.0 Plan (Nuova Sabatini, Iper and SuperAmmortamento). We feel that the delayed applicability of incentives (after the publication of the Ministry of Economic Development Notice on 30 April 2017), negatively impacted their effect on the Italian market. For this reason we also feel these incentives should be made permanent or otherwise be made available more strategically, over a period of time that allows for adequate production planning and therefore not year after year. If we wish to make the competitiveness of the Italian industrial system and the glass supply chain outshine foreign competitors (currently our main clients), this solution would allow companies to start formulating major, sustainable plans for modernization and digitalization”.
Lastly, what does 2018 have in store? “The outlook is positive,” concludes Ms. Biason, “if we are to judge by the companies’ survey on the general market situation: 93.55% of them in fact predict further growth in 2018, with a more marked improvement in foreign markets, while 78% of companies surveyed also expect an increase in domestic sales”.
The sales forecasts for Europe, both EU and extra-EU, were very optimistic, with figures for both expected to increase or remain unchanged. Confidence in Russia is improving; fewer companies expect sales to drop as the market seemingly started to recover (14.71% growth).
The overall outlook is positive with regard to North America and the stability (or growth) of Middle-Eastern markets; sales expectations for Central and South America clearly improved as downturn predictions decreased from 21% to 8.8%, while the number of companies forecasting their recovery increased to 41%.
Share
Facebook
Twitter
Pinterest
WhatsApp
Share
Facebook
Twitter
Pinterest
WhatsApp