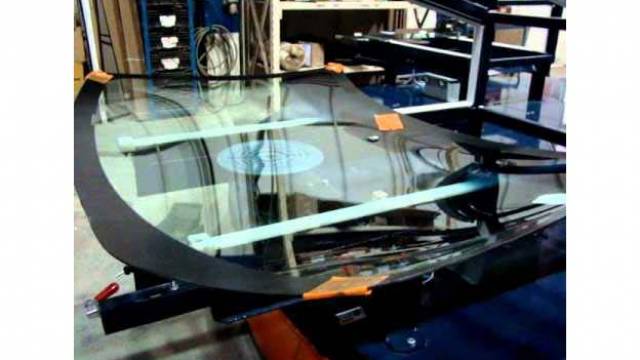 According to the chairman of Fuyao North America, which acquired a former General Motors plant this year, there will be about 1,000 people working there by the end of 2015, which is 200 more than the previously expressed figure.

There will soon be about 1,000 workers at Fuyao North America Inc.’s Moraine plant, according to a recent statement from the company’s chairman, which is 200 more than the previously expressed employment figure.
In May, auto glass producer Fuyao bought 1.2 million sq.m. of a former General Motors plant in Moraine, and the work of retrofitting the plant and preparing it for production is proceeding.
Production equipment will arrive at the West Stroop Road plant by December, with installation following in January, Cao said. Manufacturing automotive glass for customers like Honda, Ford and Toyota will begin in June or July 2015, he said.
About 50 people are working at the plant right now, including contractors. By the end of December, Cao expects about 100 people total working at the plant, and by March 2015, there will be an additional 300 workers at the plant, he said.
“We’re looking at about 1,000 (workers) by the end of 2015,” Cao said.
To reach the plant’s full capacity will take about two and one-half years, said Cao, who is also known by his Cantonese name of Cho Tak-wong.
Much will depend on ensuring that the glass finished and shaped at the Moraine plant will meet the standards of Fuyao’s customers, he said. Moreover, a plant in Mt. Zion Ill. will supply the Moraine plant with necessary raw material. At the Illinois plant, Fuyao is rebuilding two production lines.
“We’re looking at additional expansion opportunities here if everything goes well,” Cao said.
He declined to go into detail about those expansion opportunities. In May, he raised the possibility of building a US research and development centre, but he said his focus today is readying the Moraine plant.
“It won’t be in the next one or two years because we need to focus our energy on building up the plant here,” he said.