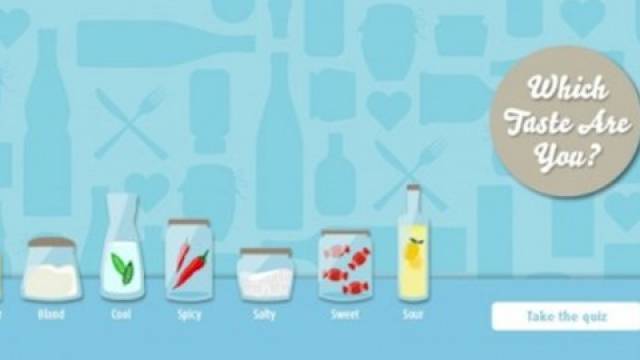 Over 29,000 people from 30 European countries recently took part in a quiz organised by the consumer movement Friends of Glass, which set out to explore various European taste preferences and how they are potentially affected by the cultural influence that citizens are surrounded by.

“The European Taste Map was a great success. Glass is used as a packaging in so many products, so we wanted to discover whether there are distinctive national characteristics in people’s tastes for food and drink, which go beyond the usual stereotypes.” said Michael Delle Selve, Senior Communications Manager for European glass trade body, FEVE.  “We assembled a group of Taste Makers and sommeliers from several countries who helped us to devise a quiz that would identify key taste preferences, and interpret the results. Questions included ‘How do you start your day?’, ‘Pick your pickle and ‘If you were a food, what would you be’.”
The quiz ran over a six month period online, via social media and at a series of events throughout the continent. The key findings include:
Otherwise known as savoury or umami, the culinary definition of bland is “a taste found in diets rich in grains, beans, and tomatoes.” It is associated with the Japanese he term ‘umami’ – which roughly translated means ‘delicious flavour’. It is fair to say that modern Europe has adopted a vibrant appreciation for taste (for example, the love of curry in the UK) and throughout the history of Europe, flavours have been dominated by numerous herbs and spices that came to the continent from the East.
But taste itself can differ. The quiz identified several diverging tastes depending on region. Beer reminds British of home, yet they are more likely to enjoy a Friday night with a glass of sparkling wine, while the French reach for a cocktail to start their weekend. On another note, the Germans always like to have their spices next to them in the kitchen, whereas the Italians have a love affair with fresh herbs.
Jane Peyton, beer sommelier and author, who was recruited as one of the ‘European Friends of Glass Taste Makers’ said: “It’s so interesting to consider what tastes we are naturally drawn to and how much where we grow up influences our preferences or in some cases how our taste buds evolve over time.”
Shopping habits have a large influence on the type of food that shoppers choose at the supermarket. A majority of Europeans choose fresh and natural ingredients when making purchasing decisions at the market, whereas some citizens prefer to make a list and stick to what they need. In Italy, however, shoppers look out for special discounts and offers.
While all Mediterranean bordering countries in Europe see olive oil as a reminder of home (as expected), a majority of all Europeans prefer to buy it at the supermarket, when given a choice of products. According to the European Commission, no other place on Earth rivals Europe as it is a leader in both the production and consumption of olive oil. The continent produces 73% of the world’s olive oil and consumes 66% of it.
“As previous research showed us, there is a growing appreciation for glass packaging since it keeps food fresh longer and is the only packaging material that does not interfere with the taste of food.” said Michael Delle Selve, Senior Communications Manager for FEVE. Tinted glass bottles allow olive oil to be a global export without being exposed to light during transportation.
An overwhelming majority of mainland Europeans have indicated their preference for coffee when asked about their daily breakfast ritual, but not surprisingly, the UK and Ireland have a preference of tea to start their day. The European Coffee Federation estimates that the European Union consumes 2.5 million tons of coffee each year, giving it the highest consumption rate in the world. According to research from Quartz and Euromonitor, 13 European countries are included in the top 15 coffee consuming nations worldwide. On a wider scale, out of the top 80 countries that consume coffee, 33 are European.
Learn more about the Friends of Glass Taste Map at http://www.friendsofglass.com/tastemap/?lang=gb