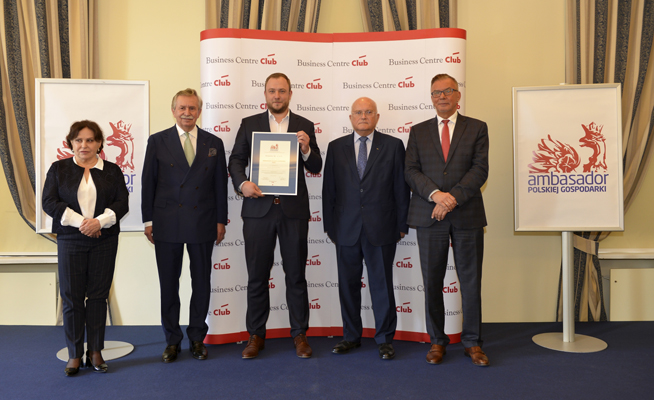 In late September, at a gala held at the Business Centre Club in Warsaw, FORGLASS was once again named the Ambassador of the Polish Economy. The aim of the competition, currently in its 12th edition, is to increase the involvement of Polish entrepreneurs in promoting Poland internationally, as a reliable economic partner. The competition is a nationwide non-commercial undertaking whose task is to distinguish and promote entrepreneurs who are successful in international markets, promote high economic and financial standards and observe good business practices in foreign contacts.

For the third time, FORGLASS was named the winner – this time in the category “European Brand”. The company was recognised for consistently delivering the best technology and workmanship to its clients in Europe and elsewhere. FORGLASS has been able to form many international partnerships that not only have expanded its business, but also aided in promoting Poland as the birthplace of reliable, innovative technological solutions.

Receiving the award on behalf of the company was Piotr Gaweł (pictured in the middle).