Florian Pawlowski, aged 35, joined futronic as the new Product Manager, coming from GPS Glasproduktions-Service GmbH. He spent ten years at the engineering firm altogether, including four as project manager. He previously trained as a mechatronics fitter with Verallia, the Essen based manufacturer of glass containers. Parallel to that, he gained an additional qualification as a state certified engineer.

Dividing line between engineering and sales
Pawlowski has remained faithful to the glass industry with his new position at futronic, though he also has to deal with various other aspects of industrial automation. As Product Manager, he is right at the dividing line between engineering and sales and he has plenty of expertise to offer here, both mechanical and electrical. Plus, of course, an extensive knowledge of workflows and production processes.

On the one hand, Pawlowski works closely with futronic’s Sales team in his new role. On the other, he intends to visit customers as often as possible, to “talk to them and sound out their needs, their expectations and their desires”, as he says. In short, to listen.
These meetings will hopefully generate initial ideas for products, which he will then flesh out together with his colleagues in Development and Design and bring to market maturity.

His job simultaneously involves tapping new business segments and potential markets and initiating strategic partnerships. Last but not least, he has been tasked with the conceptual design of the existing product portfolio.

Old acquaintances who hold one another in high regard
For many years, GPS maintained close ties with futronic as a business partner; experts at the two companies implemented numerous joint customer projects around the world and Florian Pawlowski was responsible for many of them as project manager.

They are old acquaintances who hold one another in high regard. “We’d already met before on several occasions and chatted about various things. And since we were looking for a new Product Manager anyway, we started thinking out loud at some point about whether Florian might be our man”, said Stephan Pies, futronic’s Head of Sales.

He was, and it all happened very quickly from then on. “I’m pleased it worked out and happy to have found such a competent and experienced addition to our team”, Pies added. 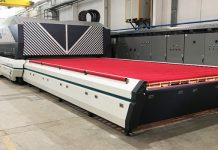 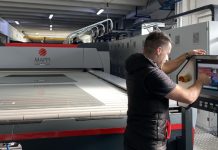 Mappi and Formator, a partnership born under the sign of excellence

Mappi and Formator, a partnership born under the sign of excellence