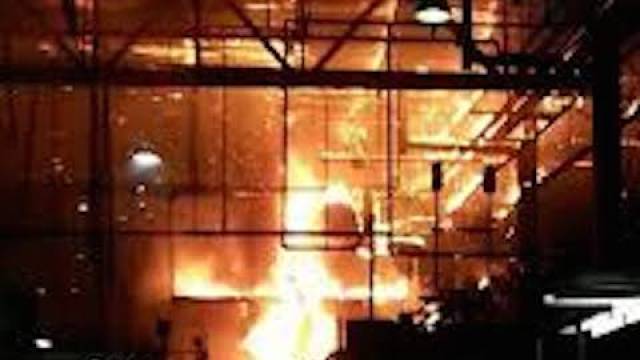 Around 50 workers were evacuated last Thursday night when a fire broke out at the Anchor Hocking site in Monaca in the US.

Officials said that flames were shooting through the roof of the factory when firefighters arrived, but no injuries were reported in the blaze, which started around 11pm.

The fire was going through the roof of the plant when fire crews arrived. They were able to get the flames under control in just over an hour.

“It was a small oil leak that some hot glass contacted and it went up there,” said Nate Smith, VP of Operations at Anchor Hocking. We’re waiting to hear how much damage the fire did the plant and its equipment. No injuries were reported, but around 50 employees inside the plant had to be evacuated.

“We lost about 30 percent of our production last night,” said Smith. “But we’ve restarted the lines and everything is back to normal now.”