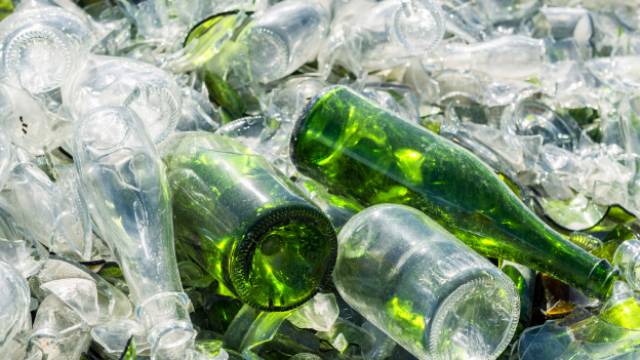 Over three quarters of collected containers are used as secondary raw material in a resource-efficient bottle to bottle loop, as reported by recent industry data published by the European Container Glass Federation (FEVE).

According to the latest industry data published by the European Container Glass Federation (FEVE) – the average glass recycling rate in the European Union has risen above the 70% threshold for the first time. This means that over 11 million tons were collected throughout the European Union in 2011.
This achievement follows major efforts made in all EU Member States over the past few years to meet the EU’s 60% recycling target for glass, a level that was reached by all the relevant countries by 2008. Some of them recorded particularly outstanding results. Other countries are in good shape to meet the target within the later fixed deadlines, while for some there is still potential to improve.
All participants in the glass closed loop have contributed to these good results. On the one hand, the glass industry has designed, manufactured and marketed containers to be effectively recycled in a closed loop system. They have also effectively communicated good recycling practices to consumers. On the other hand, collection and processing schemes have also been extended and progressively improved, while the public has also been made aware of the importance of collecting more glass and better. Used glass bottles are a precious resource and should be properly collected through separate streams.
“We have no problems in absorbing more recycled glass provided that this is of high quality. Glass recycling is the key component of the circular economy – because recycling closes the loop.” says Stefan Jaenecke, President of FEVE – “Glass recycling saves raw materials and energy and reduces production costs.”
Made of natural minerals abundant in nature – sand, soda ash and limestone – glass is a100% recyclable material, manufactured in a one step process under one roof. Each time a bottle or jar is recycled into new containers, energy and raw materials are saved and less CO2 is emitted. Eighty per cent of glass collected for recycling is used over and over again to produce new glass bottles in the closed loop system. By recycling glass, in 2011 in the EU:
– over 12 million tons of raw materials (sand, soda ash, limestone) were saved;
– over 7 million tons of CO2 were avoided equal to taking 4 million cars off the road;
– a saving of 2.5% energy for each 10% of glass recycled in the furnace.
More needs to be done to collect the remaining 30% of used glass that currently is wasted, and to promote a circular economy that suits the ambitious vision of the European Commission to build a “zero waste” and “resource efficient” society.
“Glass is a mono-material and does not require any additional barriers to preserve food and drinks, and its infinite recycling is a unique property,” says FEVE Secretary General, Adeline Farrelly. She adds: “We advocate suitable legislation that acknowledges and incentivises real recycling.”