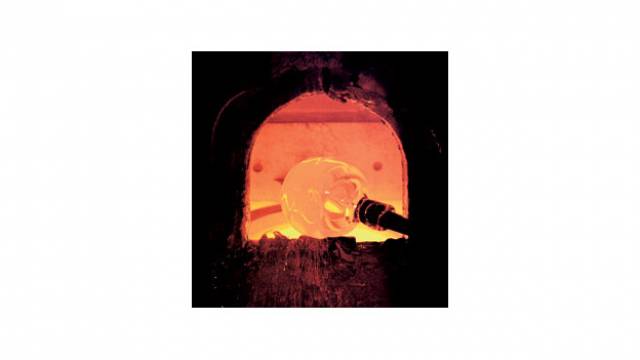 The Iittala glassworks in Finland have been expanded and refurbished, designed in collaboration with the glassblowers, improving the plant’s working environment and increasing the level of comfort. The village of Iittala together with its glass factory draw in some 150,000 tourists a year and are among the development priorities of the city of Hämeenlinna.

Throughout its history, the Iittala glassworks has been the heart and soul of glass-blowing expertise in Finland. This is truer than ever now that Nuutajärvi’s widely appreciated artworks and small-series production has a new home within the refurbished Iittala factory. The expansion of the Iittala factory and the building of a new batch house are now complete and were inaugurated by Ms Jenni Haukio, spouse of the President of Finland.
The consolidation of the group’s manufacturing at Iittala and the expansion of the factory are the biggest production investments Fiskars has made in several decades. The aim of which is to secure the competitiveness of the company’s own glass manufacture in Finland and to safeguard Iittala’s renowned glass-blowing expertise.
“We are very proud of the Iittala factory, which is home to many internationally esteemed design icons, notably the Aalto vase,” says Teemu Kangas-Kärki, President of Fiskars Home business area. “It is extremely important for us that we have been able to make this factory an even stronger base for Finnish design. It has created a platform from which not only Nuutajärvi’s beloved birds will fly out into the world but also a place from which future generations of design icons will be launched. Iittala’s unique expertise in blowing and designing art glass is a cornerstone for the international expansion of the Iittala brand.” The enlarged working area and annealing ovens for mouth-blown glass in the refitted factory have been designed in collaboration with the glassblowers, and a new space for the melting furnaces has been added. Coinciding with the completion of the building work is the plant’s new batch house, where the raw materials for the glass – sand, soda, calcium carbonate and other materials – are measured out and mixed in an automated process to form a mass that is mechanically moved through chutes into the furnace and beyond. Automation of batch production and its integration into the manufacturing process will add flexibility to the factory’s processes and speed up reaction times. Upgrading the factory has also provided an opportunity to improve the plant’s working environment and increase the level of comfort. “Uniting two well-known and time-honoured factories is a demanding task, and the credit for its successful completion must go to the project group, who remained committed and enthusiastic throughout. All the key elements of the factory’s expansion were planned in collaboration with the employees, and several dozen people were involved throughout the various stages of the process,” says Iittala’s Factory Director Per-Henrik Hagberg. “Our goal is to work together to make Iittala the world’s leading glass factory, and to achieve that we emphasize team spirit as well as management skills.” An even more enjoyable tourist destination than before Today, the glass factory founded in Iittala in 1881 is a key part of Finland’s oldest company, Fiskars, which this year celebrates its 365th anniversary. The village of Iittala together with its glass factory draw in some 150,000 tourists a year and are among the development priorities of the city of Hämeenlinna, which itself is 375 years old in 2014. The craftsmanship and skills that have evolved at the Iittala factory are of great interest to fans of Iittala glass all over the world, which is why improving the experience for visitors was an important part of the extension project. As part of the plant’s refit, a new visitors’ entrance and viewing balcony have been built. The glass birds and the Aalto products manufactured at the factory are prominently displayed at a nearby Iittala outlet. The viewing balcony at the Iittala factory is open to the public on weekdays during its working hours. Glass-blowing exhibitions are arranged at the factory during the summer season, between 10 a.m. and 6 p.m., from 30 June to 1 August.