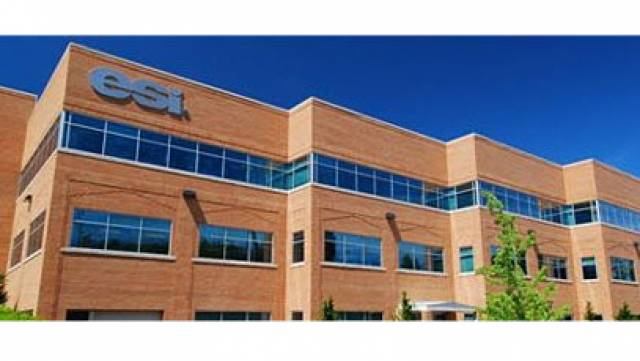 Electro Scientific Industries (ESI), the developer of laser systems used in a variety of microfabrication applications, posted a sharp drop in both sales and orders in its latest financial quarter.
For the three months that ended on 29 December 2012, the Portland, Oregon, company registered revenues of USD 37.9 million, down from USD 80.2 million sequentially.
That result partly reflected the timing of large shipments of laser systems in the prior quarter, although the underlying weakness in spending on capital equipment in two of ESI’s key markets – silicon semiconductor and LED production – is another major factor.
As a result, the company will be cutting and redeploying some of its 650-strong workforce, and is also looking at consolidating its locations. In addition, ESI is exiting the market for LED testing that it had been targeting with its “Model 3800” tool – at a write-down cost of USD 1.2 million.
CEO Nick Konidaris told investors that he was working to reduce the company’s breakeven point, and make ESI a “leaner and even more flexible” operation, in a bid to weather the extreme investment cycles of the semiconductor and LED industries.
Quarterly orders of USD 26.3 million were also down sequentially, from USD 35 million. “Slow capital spending in our core markets, combined with timing of design wins in laser microfabrication, pushed orders lower in the third quarter,” explained Konidaris. “Nonetheless, we continue to see an active funnel related to consumer electronics, and we remain optimistic about our long term opportunities.”
Part of the reason for that optimism stems from a newly developed tool set to be used in glass manufacturing – and not just any glass, but Corning’s tough ion-exchanged “ConCore” material. Last month, ESI launched its “DiamondBlaze 5000” instrument, designed to rapidly cut chemically strengthened glass used in the touch-screen interfaces of smartphones and tablets.
Speaking to an investor conference call, Konidaris said that the DiamondBlaze used a novel process to quickly and cleanly cut large shapes of strengthened glass to size. “We are very excited about this product and its enabling capability, as it opens up a new growth market opportunity for ESI,” said the CEO, suggesting that the market opportunity could, in time, be worth USD 50 million per year.
“Later this year we [will] add to our portfolio of glass cutting solutions with the DiamondBlaze 7000 system, which will allow us to penetrate a very attractive market for larger funnel sizes up to Gen 6.”
At the SPIE Photonics West conference, ESI presented a paper detailing how ultrafast lasers could be used to dice large sheets of Corning’s “Gorilla” glass in a matter of minutes.
Konidaris also suggested that further laser applications were in the pipeline, adding: “We are transforming ESI into a company focused on growing opportunities in laser microfabrication for consumer electronics, including glass singulation, emerging technologies related to semiconductor 3D packaging, and leveraging proprietary laser capability.” Last year, the company acquired France-based EOLITE Systems.
Looking forward, CEO Konidaris said that he believed the latest quarter reflected “trough demand levels” and that orders should now start to improve as the company refocused and slimmed down.
Despite posting such a sharp decline in sales, actions already taken by the firm to cut operating losses helped to protect margins. Add to that USD 15.4 million in proceeds from the settlement of a patent dispute, and ESI was even able to post a net income figure of USD 6.8 million for the quarter.
With USD 171 million of cash and short-term investments on its balance sheet, the company is also in a solid enough position to weather an extended period of weak demand. Following the patent settlement, last week the firm also issued a quarterly cash dividend of USD 0.08 per share – equivalent to approximately USD 2.4 million – following a USD 2 per share special cash dividend (USD 58.7 million) paid in December.