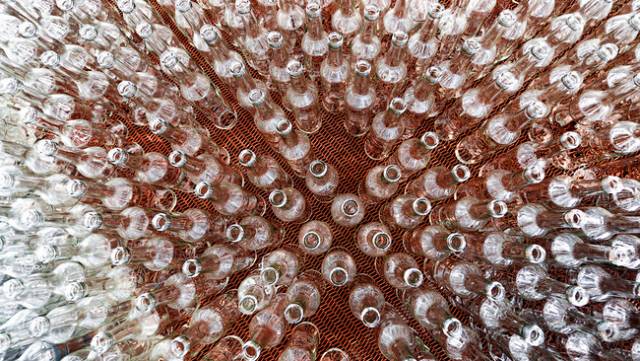 Chairman of the Board of Directors of JSC plant Ekran” Paul Boboshik has signed a contract with the Italian company Glass Service for the supply of equipment to produce coloured glassware.

“Ekran” will be the first company in Siberia to produce coloured container glass. Work on the preparation for the launch of the line has already started. Estimated volume of investments is 200 million rubles, of which 50% is shareholder funded and 50% credit. Production is expected to reach 60 million  coloured bottles per year.
“In recent months, demand for coloured glass containers from customers increased,” says Paul Boboshik. “For example, some manufacturers of alcoholic beverages, in an effort to protect the market from counterfeit, declare their intention no longer to pour drinks in transparent containers. We have already reached an agreement with one of the potential consumers of coloured bottles, the Distillery “Omskvinprom”.
Commissioning of the coloured glass container production line (this will establish a special colouring feeder from a world class manufacturer, glass forming and inspection machines) is the final stage of the modernization of the “second” oven. In November 2015, “Ekran” performed a full reconstruction of the furnace №2, and the daily output has increased from 140 to 200 tons, with the service life extended for 8-10 years.
Currently furnace №2 is equipped with a 8-cell and two 6-cell lines for the production of colourless glass containers for alcoholic beverages, soft drinks, beer and cans of a capacity of less than one litre.