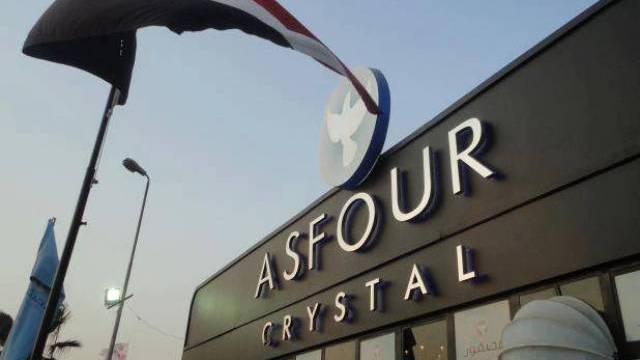 Egypt-based Asfour Crystal has appointed a new representative as part of its move to gain ground in the Brazilian market.

Asfour crystals are known for their quality and are distributed worldwide. The plant is located in Cairo and employs more than 35,000 people. According to the company’s website, production is over 100 tons of crystals per day.
Four months ago, Egyptian Mohammed Darwich, based in São Paulo, took the post as the brand’s representative in Brazil and has big plans for it.
Since starting, the business owner has brought one container with crystals to the country, but he believes that there’s potential to handle 30 to 40 containers per month in Brazil. Darwich decided to enter the field because he love crystals and was referred for the job in Brazil as the company’s representative.
So far, Darwich has imported cut pieces of crystals to be mounted as chandeliers by retailers or manufacturers. He is also working with importers. But the business owner’s plan is to bring to the country Asfour’s complete portfolio, with chandeliers, design objects, costume jewelry, crystals cut for ceramic floors, among others. The Egyptian brand’s chandeliers have prices that range from USD 500 to USD 300,000, says the executive.
The representative says that Asfour’s crystals are high-quality and with prices well below those from famous brand Swarovski. Compared to Chinese products, also imported by Brazil, prices are 15% to 20% higher, but also of higher quality, according to Darwich. The business owner believes that for the Egyptian brand to expand in the Brazilian market it needs to focus on marketing. He says that projects involving Asfour’s crystals will have full support of the Egyptian manufacturer, including the coming of support teams from Egypt.
A past client of Asfour, Darwich has often bought the brand’s crystal products during visits Egypt to give as gifts. Mohammed Darwich is also the owner of EGP Tour, tourism operator and travel agency which opened an office in São Paulo in 2007, and is expanding rapidly. The Egyptian manufacturer said that it chose Darwich because it considers him an influential person and an example to young Egyptians due to the fact that he arrived in Brazil without capital and has been building a successful business track record.