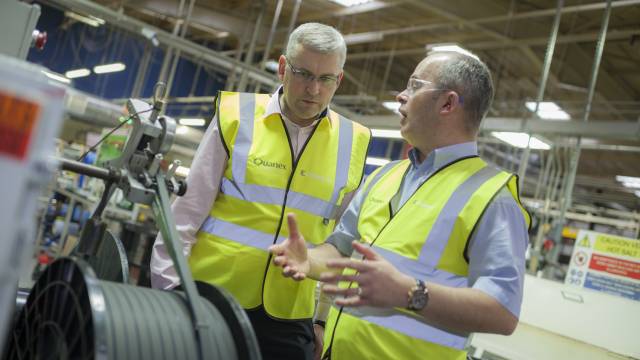 Edgetech UK, the leading voice for energy efficient glazing, has been shortlisted for another Insider Made in the Midlands award.

Last year Edgetech was triumphant in the Manufacturing Innovation category with Super Spacer Alpha® and highly commended in the subsequent national finals, pipped at the post by manufacturing giant Rolls Royce.
Edgetech has been shortlisted for SME Company of the Year 2016, alongside six other midlands-based manufacturing companies, including last year’s category winner, A1 Flue Systems.
John Stark, Works Manager at Edgetech UK said “The strong competition Edgetech is up against in this year’s Made in the Midlands finals is a great reflection of the strength of the manufacturing industry in our region.”
The Midlands is at the heart of UK manufacturing with 32,000 companies employing 600,000 people in the region. Edgetech has been manufacturing Super Spacer and leading the industry in warm edge technology from its Coventry base since 2007 and has experienced year-on-year growth.
“Recognised for putting customers and employees first, Edgetech enjoyed a flurry of awards throughout 2015, for customer support and employee wellbeing as well as product innovation and manufacturing. Making the Made in the Midlands shortlist again for SME Company of the Year shows that we have continued to deliver on all aspects of the business,” adds John.
The Made in the Midlands winners will be announced at a ceremony at Birmingham’s Metropole Hotel on 11 May 2016.