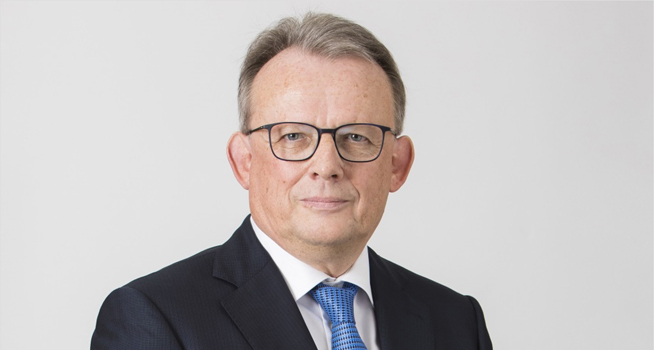 The Kuraray organisation in Germany and Europe is gaining a strong voice within the global Kuraray Group. Dr. Matthias Gutweiler, President of Kuraray Europe GmbH, has been appointed with immediate effect to the Board of Directors of Kuraray Co., Ltd.

Dr. Gutweiler has a PhD in chemistry and is the first person from outside Japan to be appointed to the 12-member Board of Directors, which is headed by the Masaaki Ito, President of the Kuraray Group.

Dr. Matthias Gutweiler has been managing director of Kuraray’s European subsidiary, based in Hattersheim, near Frankfurt am Main, Germany, since 2009. Before that, he was in charge of the PVOH and PVB business at this speciality chemicals producer. One of the first key projects in his new role will be the new 3-year plan, which sets out the next strategic milestones for the Kuraray Group.

“I see my appointment to the Board of Directors of the Kuraray Group as recognition of the success that we have achieved together at Kuraray Europe in the past years and as a special acknowledgement of the excellent work done by our employees,” said Dr. Matthias Gutweiler. “Collaboration between the management in Japan and Kuraray in Europe has always been characterised by trust and mutual respect. On this basis, we have been able to provide key ideas that strengthen the company and are reflected in the strategy of the Kuraray Group. We will continue to build on that in the future.”

The Kuraray Group, headquartered in Tokyo, has more than 11,100 employees around the world and is a leading supplier of industrial polymers and synthetic microfibres. Kuraray Europe GmbH (KEG) was established in 1991 and it has more than 700 employees in Germany and a further 200 at six other European sites. It is a wholly owned subsidiary of Kuraray, in 2019 its annual sales were EUR 661 million.

Shaping the PVB and PVOH business for more than 30 years
Dr. Matthias Gutweiler has played a significant role in the development of the company in Europe in recent years. Having obtained his doctorate at the Biochemical Institute of Johannes Gutenberg University in Mainz, Germany, Dr. Gutweiler began his career in research and development at Hoechst AG in 1988. He subsequently held managerial roles in PVB Development and PVOH Production at Hoechst. In 2001, the newly established company Kuraray Specialities GmbH acquired the former PVB and PVOH business of Hoechst AG from the Clariant Group. Dr. Matthias Gutweiler became Head of Research and Development for the PVOH brand Mowiol, now Kuraray Poval, and the PVB brand Mowital. In 2009 he was appointed Managing Director of Kuraray Europe GmbH – the first non-Japanese member of the extended executive management.

International perspectives for the new 3-year plan
“Globalisation also means involving people from around the world in decision-making. By appointing me to the Board of Directors, the management is responding to this by ‘globalising’ itself,” said Dr. Matthias Gutweiler. “I am delighted to have this opportunity to play a part in determining the course of the Group. I see myself as an advocate for the international management and would like to contribute new perspectives and impetus for Kuraray’s continued development. The next 3-year plan, which we will be drawing up this year to define Kuraray’s global focus, is a good opportunity for that.”

In addition to his seat on the Board of Directors of the Kuraray Group, Dr. Matthias Gutweiler will remain Managing Director of Kuraray Europe GmbH.