Šlogar has already been acting as interim site manager of Vetropack Straža d.d. since August 2022 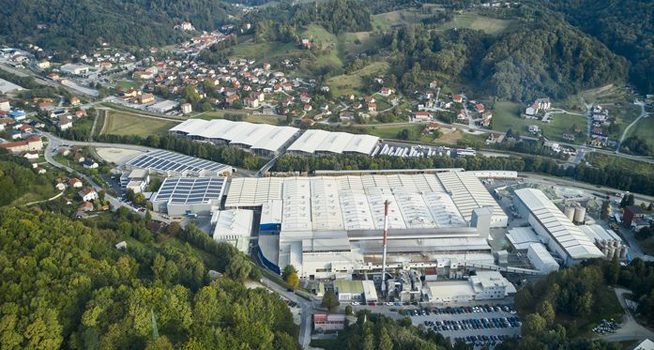 Vetropack Group, one of Europe’s leading manufacturers of glass packaging, has appointed Darko Šlogar as the new head of its site in Croatia, taking up the position on January 1, 2023. He succeeds Tihomir Premužak, who passed away unexpectedly in August. Šlogar has already been acting as interim site manager of Vetropack Straža d.d. since Premužak’s passing. The company is also moving into new offices in Zagreb.

Darko Šlogar draws on more than three decades of experience in glass manufacturing. Born in 1963, the father of two children studied at the Faculty of Mechanical Engineering and Naval Architecture at the University of Zagreb. Immediately after graduating in 1987, he began his professional career at the Straža glass factory, now Vetropack Straža d.d., as an expert in technological improvements in production. He was responsible, among other things, for the establishment of a new mould construction department. After switching to sales in the early 90s, he finally advanced to the position of Director of Marketing and Sales in 2001.

In the course of his career, the new General Manager became involved in various areas: for example, he taught computer science and technical drawing as a part-time teacher in the training of glass workers. He also held the office of mayor of the Croatian municipality of Hum na Sutli for some time. Šlogar intends to continue the success story of Vetropack Straža d.d., relying on both local employees and the company’s strengths in product quality and sustainability. “I am proud to have worked for this forward-thinking company for such a long time, especially since it is also an important employer for the region. Shaping the future of this growing site is a challenging task that I look forward to,” explained Šlogar.

Vetropack Straža d.d. is currently moving into new offices in the Croatian capital. “With the new presence in an office building in Zagreb, we are counteracting bottlenecks at the plant in Hum na Sutli. This shows the positive development of the company. In this respect, I look to the future with great optimism,” Šlogar concluded.