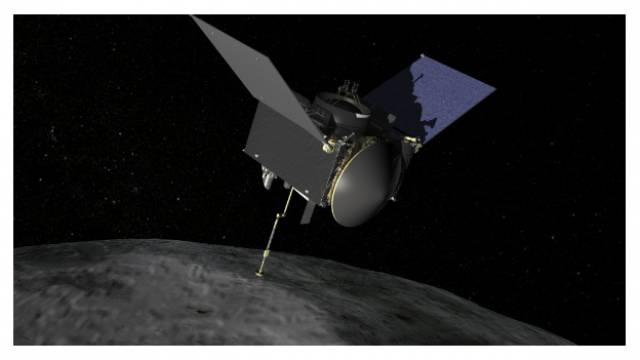 Corning’s optical components will be used in NASA’s New Frontiers Program for its OSIRIS-REx spacecraft, which will visit a near-Earth asteroid named Bennu, launching in 2016 and reaching the asteroid in 2018.

Corning Incorporated is supplying custom optical components to NASA for use in its OSIRIS-Rex mission, the third mission in NASA’s New Frontiers Program.
The OSIRIS-REx spacecraft will visit a near-Earth asteroid named Bennu, launching in 2016 and reaching the asteroid in 2018. After a detailed study, the spacecraft will obtain a sample and return to Earth in 2023.
Corning manufactured two high-precision mirrors to collect and image light reflected by the asteroid, as part of the spacecraft’s OVIRS instrument. This tool will help researchers identify areas on the asteroid that may contain water or organic materials, such as certain amino acids, which are the building blocks of life.
Corning was specifically chosen by NASA for its ability to produce low-scatter, high-accuracy, bare aluminium optics and to test them at cryogenic temperatures (approximately 120 Kelvin or -244°F) – representative of temperatures the optical components will encounter in space.
The custom optical components were made in Corning’s Keene, N.H., manufacturing plant, part of Corning Specialty Materials.
“As a company founded on science and discovery, we are delighted to support this important research. Corning has a rich history with NASA, dating back more than 50 years to America’s first mission to space,” said Curt Weinstein, vice president and general manager, Advanced Optics, Corning Specialty Materials.
Corning has produced mirrors for the Hubble, Gemini, and Subaru telescopes along with providing window glass for all of NASA’s manned spacecraft missions and the International Space Station. Additionally, Corning’s custom opto-mechanical systems have been used in the James Webb Space Telescope, the New Horizons Mission, and in solar coronagraphs.
The OSIRIS-REx mission is a partnership among the University of Arizona, NASA’s Goddard Spaceflight Center, and industry partners.
“Asteroid Bennu is a primitive asteroid, relatively unchanged since the solar system formed over 4.5 billion years ago,” said Dante Lauretta, University of Arizona scientist and principal investigator for the mission. “OVIRS will search for organics and water, and in doing so will help us select a sample with the highest science value. We are delighted to have been able to call on Corning for their expertise and support in helping us build this tremendous instrument.”