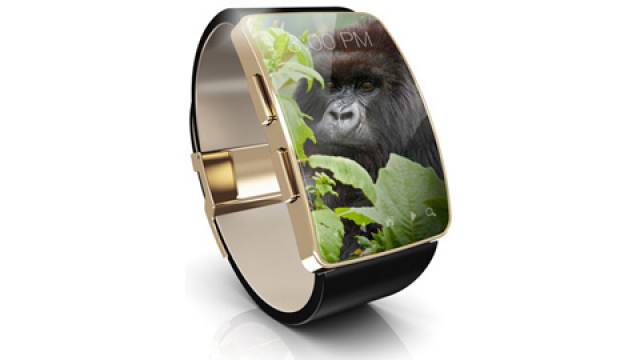 Corning has introduced its new Gorilla Glass DX and DX+, protective glass substrates designed for wearables and with scratch resistance and durability as well as antireflective and contrast-improving properties.

Corning’s Gorilla Glass DX and Gorilla Glass DX+ are a refinement of Gorilla Glass SR+ protective composites for wearables and other devices featuring small screens. In a bid to better address applications like smartwatches, the new substrates feature an antireflective property that is said to be 75 percent better than that of standard glass as well as a special structure that improves contrast ratio of a display by 50 percent at the same brightness level versus standard glass. Both features are important for wearables because they reduce the need to increase brightness outdoors and prolong battery life.

As far as the differences between Gorilla Glass DX and Gorilla Glass DX+ are concerned, Corning claims the optical properties are the same, but the latter features better scratch resistance that approaches the level of “alternative luxury cover materials.”

Gorilla Glass DX and DX+ are not meant to replace Gorilla Glass 5 or 6 on smartphones, possibly because their properties do not work as well on larger screens that are used differently than wearables. Corning has claimed that the DX and DX+ substrates could be used for devices with screens larger than LCDs of smart watches, but did not elaborate on possible alternate applications.

Corning also did not indicate when it expects its customers to start adoption of their new substrates.