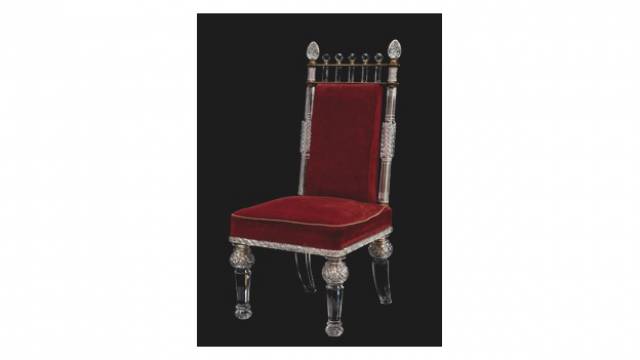 The Corning Museum of Glass is a dynamic institution that actively collects, educates, preserves, and shares the art, history, science, and technology of glass and glassmaking. New objects are added to the Museum’s collection each year through acquisitions and donations. Recent highlighted additions to the glass collection include a reverse-painted portrait on a glass mirror depicting a Mughal nobleman, an engraved railroad lantern likely made as a memento for the Central Pacific Railroad, and a Steuben vase that belonged to the company’s famous “27 Contemporary Artists” series.