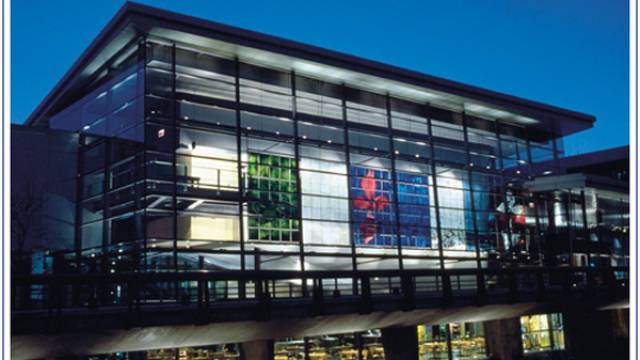 The Corning Museum of Glass has received an important collection of approximately 400 objects by the famous luxury glassmaker René Lalique (French, 1860–1945), from Maryland collectors Stanford and Elaine Steppa. Combined with the Museum’s existing holdings of glass objects and wax and plaster models by Lalique, the Glenn and Mary Lou Utt Archive related to Lalique designs for the fragrance industry, the drawings and photographs housed in the Rakow Research Library, the gift of the Steppa Collection makes the Museum a preeminent international repository for the study of Lalique glass. The Museum will showcase its Lalique collection in a major exhibition to be held in 2014.

The Steppa Collection encompasses a wide range of Lalique’s best-known works including perfume bottles and pressed-glass vases, as well as ashtrays, boxes, clocks, car mascots, lamps, statuettes, inkwells and blotters, and tableware dating primarily to the years between 1912 and 1936. It joins the Museum’s current holdings of 200 objects by Lalique, as well as more than 2,000 photographs and design drawings in the Museum’s public-access Rakow Research Library. “This gift significantly broadens our Lalique collection, providing a fantastic overview of the wide range of luxury objects that Lalique’s factory produced during his lifetime,” says curator of modern glass Tina Oldknow. “We look forward to showcasing the full breadth of Lalique’s artistic output in our 2014 exhibition.”

A highlight of the donated collection is the heavy cire perdue vase called Martins-Pecheurs sur fond de roseaux (Kingfishers on a background of reeds), created in 1930. Cire perdue, or lost wax, is a technique commonly used for casting bronze, and it was mastered by Lalique for creating glass objects. The Museum’s collection contains several original wax molds from the Lalique glassworks, which would have been used to create other unique cire perdue glass vessels, including a mold with the same kingfisher design as the Steppa vase. Other significant objects include the remarkable clock, Le Jour et la nuit (Day and night), and the iconic Art Deco statuette of a dancer, Suzanne. Lalique embraced the idea of the Gesamtkunstwerk, or total work of art. This concept was reflected in most Art Nouveau interiors, where a single motif or theme might be present on all of the furnishings of a room. Lalique began his career as an innovative Art Nouveau jeweler who incorporated glass into many of his bijouterie creations. The flacons that Lalique designed for well-known parfumiers, such as François Coty, helped to elevate the status of perfume, and propelled French perfume into international luxury markets.