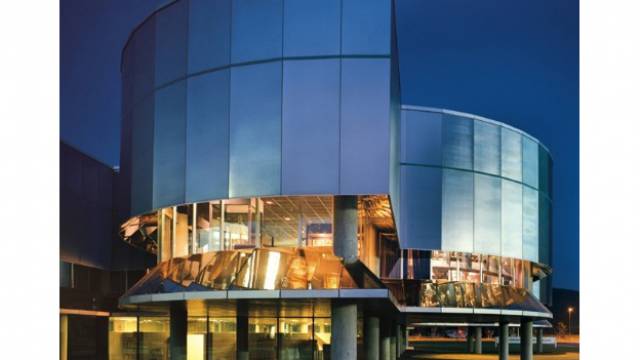 The Corning Museum of Glass has announced that the 2014 Rakow Grant for Glass Research will go to Alessandro Sebastiani, a Marie Curie Intra-European Fellow in the Department of Archaeology at the University of Sheffield, U.K., and Anna Hodgkinson, a resident of Berlin and a Ph.D. candidate studying Egyptian archaeology at the University of Liverpool, U.K., both international researchers.

Archaeologists from the UK and Germany will share the 2014 Rakow Grant for Glass Research, awarded by The Corning Museum of Glass.
The recipients are Alessandro Sebastiani, a Marie Curie Intra-European Fellow in the Department of Archaeology at the University of Sheffield, U.K., and Anna Hodgkinson, a resident of Berlin and a Ph.D. candidate studying Egyptian archaeology at the University of Liverpool, U.K.
As part of his fellowship, Dr. Sebastiani is directing major Roman excavations in the area of Alberese, near Grosseto, in southern Tuscany, one of the earliest glassmaking sites in Italy. He will use the Rakow Grant in his study of an assemblage of glass vessels recovered at the nearby site of Spolverino during the excavations of a complex of Roman industrial workshops. The excavations were conducted by the Alberese Archaeological Project between 2010 and 2013. The project is intended to identify two possible glass workshops in central Italy.
“The glass finds recovered could possibly suggest the presence of a production centre,” Dr. Sebastiani says. “The study will provide a systematic analysis of the structures, a detailed catalogue of the glass vessels, and all the material culture recovered during the excavations.”
Spolverino was a river port settlement on the Ombrone River, and the project was established to understand its nature and its relationship with the nearby temple area dedicated to Diana Umbronensis. Four years of excavations have uncovered what Dr. Sebastiani describes as “an exceptional settlement,” consisting of a series of workshops that produced iron and lead ingots, bronze objects, and possibly glass vessels. The workshop complex, which appears to have been continuously active between the first and sixth centuries, has at least 13 rooms, each of which was devoted to a particular type of manufacture.
“The workshop complex included at least two possible glass workshops,” Dr. Sebastiani explains. “Both were equipped with circular blowing kilns and dolia to store fresh water. In the third century A.D., a massive, circular structure, possibly a kiln, was built, and part of this project is to understand its function. . . . The size of the furnace [D. 4 m] could be indicative of the volume of the production at the site between the third and mid-fifth centuries. Around the area of the main furnaces, a quantity of vessel and window glass has been recovered, which dates from the second to late fifth centuries. A preliminary analysis of the glass assemblage suggests, firstly, that the putative production could have relied on recycling of older material and, secondly, that this was carried out in a process of selective use of colours and specific parts of older vessels.”
Ms. Hodgkinson, who has worked at a number of sites in Egypt, will apply her share of the Rakow Grant to a project involving the re-excavation of part of a house in the Main City South at Amarna. The goal of the project is to determine the purpose of a kiln that was found attached to the house by the Egypt Exploration Society in 1922.
“An important question,” she says, “is whether glass-working or -making, or indeed faience production, took place [there]. The ultimate aim is to establish what the role of [the building] was in the wider urban context and how it may have interacted with other industrial sites at Amarna.”
Finds associated with the building include glass, “slag,” and cylindrical pottery vessels, which, Ms. Hodgkinson says, “can be taken as evidence of the working of glass into finished objects. The area occupied by the kiln is still visible on the surface, where much vitrified mud-brick, an indicator of high-temperature firing, can be found, as well as fragments of cylindrical vessels, understood to have been used as moulds for glass ingots in the Late Bronze Age.”
Dr. Sebastiani, who received his Ph.D. from the University of Siena, is also a consulting scholar at the University of Pennsylvania Museum of Archaeology and Anthropology in Philadelphia, and vice president of the Grosseto Cultural Foundation. He has published several articles and papers on Roman cities and urbanism, medieval monasteries, and pottery studies.
Ms. Hodgkinson, who has submitted her dissertation, titled “Royal Cities of the New Kingdom: A Spatial Analysis of Production and Socio-Economics in Late Bronze Age Egypt,” has contributed to published fieldwork reports and analyses of archaeological material from the sites on which she has worked. She was employed in British commercial archaeology for six years, and her museum experience includes volunteer work in the Egyptology departments of Bolton Museum in the UK and the Roemer- und Pelizaeus-Museum in Hildesheim, Germany.
The Rakow Grant for Glass Research was founded by the late Dr. and Mrs. Leonard S. Rakow, who were Fellows, friends, and benefactors of The Corning Museum of Glass. It is awarded annually to support scholarly research on the history of glass and glassmaking.